You are here: Home / Senza categoria / Al-Zawahiri and the rebuilding of al-Qaeda 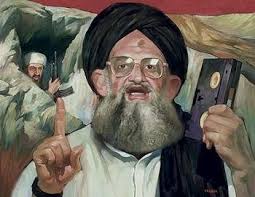 After the deaths of Osama bin Laden and several other leaders in 2011 and 2012, followed by the rise of Islamic State, many considered al-Qaeda ‘a spent force’. But in an important brief, (with an expanded version for the Lowy Institute), leading terrorism scholar Bruce Hoffman argues that Ayman al-Zawahiri has used the past seven years to rebuild al-Qaeda, like reported by aspistrategist.org.au. So while counterterrorism specialists have celebrated the rolling up of Islamic State’s ‘caliphate’, al-Qaeda’s resurgence shows that much work remains to be done.

Zawahiri cut his teeth in Egypt’s jihadi culture—he was arrested at 15, joined the Muslim Brotherhood and later led Egyptian Islamic Jihad—but he’s no charismatic leader. Following the death of Osama bin Laden and the rise of the Islamic State, Zawahiri opted to focus on three key objectives.

Survival: In 2011, al-Qaeda faced irrelevancy. It lacked an operational space and existed at the mercy of the Afghan Taliban. That may explain why Zawahiri swore allegiance to Mullah Mansour, Mullah Omar’s successor, in 2015. When Mansour was killed in a US drone attack and Mullah Haibatullah Akhundzada became the new leader of the Taliban, Zawahiri pledged allegiance to him. That allowed Zawahiri to remain hidden somewhere along the Afghan–Pakistan border.

Reorientation: In the 1990s and 2000s, as al-Qaeda was asserting itself on the global stage as the premier Salafi–jihadi terrorist group, its ideology and action inspired tremendous bloodletting, especially among Muslims. By the 2010s, Zawahiri recognised the limited value of that approach and reoriented the organisation away from mass casualty-terrorism, especially against Muslims.

To highlight how attuned Zawahiri is to shifting perceptions, he clearly noted that by the late 2000s, pollsters were pointing out that public opinion, especially in Muslim-majority countries, had shifted against suicide bombing. In Lebanon, for example, 74% of the population thought that such attacks could be justified in 2002; by 2007, that support had fallen to only 34%. At that time, WorldPublicOpinion.org noted that large majorities in Egypt (88%), Indonesia (65%) and Morocco (66%) opposed attacks on civilians.

Zawahiri’s al-Qaeda even chastised Islamic State, accusing it of ‘deviation and misguidance’ and saying that the group ‘exceeded the limits of extremism’. That has meant that the prospect of another al-Qaeda–inspired 9/11 has decreased, as Zawahiri appreciates that such an attack is likely to harm his cause more than to help it.

Rebuilding: Zawahiri has had to deal with an organisation that had been decimated. It had lost leaders, key ideologues, strategic thinkers and fighters. Al-Qaeda was also facing a major challenge from Islamic State and its leader, Abu Bakr al-Baghdadi, who publicly rejected Zawahiri’s order to keep al-Qaeda’s Jabhat al-Nusra affiliate separate from Islamic State.

Because Zawahiri couldn’t compel Islamic State’s compliance, he opted to engage in a franchising program. A key aspect of the rebuilding was using secure communications to spread al-Qaeda’s message. Secure communications have also allowed Zawahiri to reconstitute al-Qaeda’s Shura Majlis (advisory councils). This allows al-Qaeda to adopt a ‘glocalist’ strategy that links local grievances to its globalist campaign.

Zawahiri’s careful three-prong strategy has enabled al-Qaeda to knit together ‘a global movement of more than two dozen franchises’ through which it now commands around 20,000 men in Syria, 4,000 in Yemen, 7,000 in Somalia and 3,000 in Indonesia. These are all strategically important locations from which al-Qaeda can and will seek to advance its brand.

Interestingly Zawahiri appears to have adapted the ideas of his arch-enemy, Abdullah Yusuf Azzam, who argued that after the Soviet Union withdrew from Afghanistan, it was time for the Arab Afghans (Arabs who had made the hijrah (migration) to Afghanistan) to shift their attention to the near enemy—‘apostate’ Muslim regimes and Israel. Zawahiri had argued that the mujahedeen should focus on the far enemy (the US and the West in general), as it was Washington that was keeping the Arab leaders in power.

Zawahiri’s current strategy seems to indicate that al-Qaeda is moving away from its initial focus, the far enemy, and focussing instead on the near enemy, specifically Arab countries with fragile governments. There are many such governments across the Muslim and Arab World, especially in sub-Saharan Africa and the Maghreb.

‘So where are you,’ Zawahiri asks his followers in his latest message. ‘Where is your Islamic zeal? Where is your eagerness? Where is your settlement of your duties for the inheritance of your fathers?’

Hoffman has provided a powerful reminder that we can’t bask in the defeat of Islamic State. We must reorient our attention to al-Qaeda, which remains committed to freeing Muslim lands, ending the suffering of Muslims at the hands of the infidels and restoring the Muslim umma (nation) to its old glory.

In recognising that al-Qaeda remains a potent force, counterterrorism policymakers face several challenges, such as how to disrupt its operations through activities such as limiting its use of encrypted messaging, which terrorists seem to increasingly rely on, without undermining basic rights.

An additional challenge is addressing low-intensity conflicts, civil wars and flagrant abuses such as those ones inflicted on the Rohingya, the Cham and others, which feeds the Salafi–jihadi narrative of the West’s moral relativism. There’s evidence that both Islamic State and al-Qaeda are using the Rohingya as a rallying cry.

Clearly, the demise of the caliphate has been a huge boost to the counterterrorism world, but Hoffman’s briefs are a timely reminder that we ignore al-Qaeda at our peril.