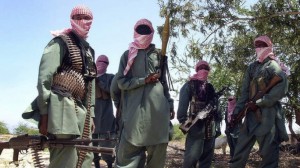 Al-Shabab fighters in Somalia have killed “scores” of African Union troops in an attack south of capital, Mogadishu, a spokesman for the armed group told Al Jazeera.

The attack in Janaale, in the country’s Lower Shabelle province, early on Tuesday was confirmed by residents, but an exact casualty figure was not immediately available.

The assault involved the use of a car bomb, which breached the defences at an African Union Mission in Somalia  (AMISOM) base in Janaale, residents said.

Heavily armed fighters then stormed the base killing about 50 soldiers, mainly from Uganda, according to al-Shabab’s spokesman.

There was no word from the African Union or Somalia’s government on the attack.