You are here: Home / Analysis / Al Shabaab’s insurgency and Somalian “imbroglio” in Horn of Africa 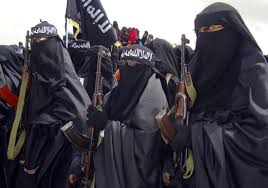 Al Shabaab, as an insurgent terrorist outfit, has primarily been operating from Somalia in the Horn of Africa. The merger of Al Shabaab with Al Qaeda, a multinational terrorist organisation, in 2012 has enhanced its strength. After completing twenty years of its existence in April 2020, it is showing no signs of waning. Al Shabaab’s endeavours to consolidate its hold over the parts of southern and central Somalia and extract taxes from people is weakening the hold of Federal Government of Somalia (FGS), established in 2012, like reported by eurasiareview.com.

Moreover, on 28th December, 2019 Al Shabaab bombed checkpoint near Mogadishu leaving 85 people dead which included Somalian forces as well as Turkish engineers. Likewise, on January 6, 2020 Somalia based terrorist outfit assaulted Kenyan military base near Lamu where one American serviceman died in Kenya. Their target was Manda Bay on the coastline of Kenya which is a forward reconnaissance base of the USA. It is also a home to parts of USA’s 475th Air Expeditionary Air Base squadron which is used for drone warfare against Al Shabaab. The base also has helped in training, assisting and enabling strategies of the USA’s African allies to combat terror. Al Shabaab viewed the Manda Bay attack as a retaliatory measure against the American attempt to designate Jerusalem as Israel’s capital. The attack, it was claimed, was carried out under the guidance and leadership Al Qaeda. In spite of such attacks, the United Nations Security Council (UNSC) had shown concern in February 2020 about Somalia’s prospective milestone elections in later 2020. Evidently, such attacks need to be placed in perspective in light of strategic location of the region that has involved major powers and the possibilities of stable political regime in Somalia in the midst of the growing menace of Al Shabaab’s terrorist activities.

Northeast African states including Somalia, Ethiopia, Eritrea, Sudan, South Sudan, Djibouti and Kenya broadly constitute geo strategic region of the Horn of Africa. In fact, the Bab el Mandeb strait between Arabia and Africa connects the Red sea with the Gulf of Aden and the Indian Ocean. Since the area links the Suez Canal via the red sea to Mediterranean Ocean as well as the Indian Ocean, it has been a major international waterway. Some of the most significant world powers such as Britain, prior to its withdrawal from the east of Suez in 1967, the USA, former Soviet Union and France have enjoyed naval presence in the region. Besides, in the pursuit of enhancing its presence in the Indian Ocean Region (IOR) China has opened up its military base in Djibouti since 2017. The Chinese embassy is functional in Somalia from 2014. Furthermore, tensions erupting within the Gulf Cooperation Council (GCC) inevitably have found their expression in strife torn Somalia, a country with the longest coastline in the region. Consequently, the United Arab Emirates (UAE) is trying to befriend Somaliland and semi-autonomous area of Putland while Qatar, along with Turkey, is backing Somalian FGS. In Somaliland and Putland the Al Shabaab has tried to unsettle the control of the FGS, albeit unsuccessfully. In essence, all the external powers have to constantly negotiate with various intra-regional conflicts to nurture local allies and ensure their durable presence. The conflicts in the region have stemmed primarily from the lack of acceptance of the territorial boundaries drawn by the colonial powers. Some of the trends in the region such as aspiration to constitute ‘Greater Somalia’, by integrating its British, French and Italian parts, Somalia-Ethiopia war over the Ogaden region during 1977-78, the independence Eritrea (1993) and South Sudan (2011) from Ethiopia and Sudan, respectively, after prolonged civil wars could be viewed in this light. Similarly building viable polities has often been a challenge in the region.

Somalia has been grappling to establish a politically stable regime since the fall of Said Barre regime in 1991. Neither the USA led multinational intervention in the 1990s under the aegis of the United Nations (UN) nor roughly twenty conferences that were organised by the African Union (AU), the UN and the European Union (EU) to establish peace in Somalia, after the withdrawal of the UN in 1995, have led to any concrete results on ground. However, Somalia had internationally funded Transitional Federal Government (TFG) since 2004. There was a tussle to capture power between the USA backed TFG, local militia, on one hand and Islamic Courts Union (ICU), on the other. Eventually, the ICU that united several groups of Islamic persuasions including Al Shabaab, was saddled in power in 2006 for a short while.

The ICU’s challenge to TFG was short lived because the agenda of bringing political stability in Somalia has often been hijacked by the external powers. Ethiopia, a predominantly Christian country, backed by the USA could oust the ICU from power in December 2006. The ICU regime was ousted because of its alleged connections with the USA designated terrorist organizations such as Al Qaeda. Subsequently, Ethiopia, Uganda, Burundi, Kenya and Djibouti contributed to the AU force under the African Union Mission in Somalia (AMISOM) in January 2007 that has been assisting Federal Government in countering the well spread out activities of the terrorist outfits. Evidently, the governance in Somalia has had to crisscross through awkward moments as the Federal Government backed by Ethiopia, AU and the USA had to struggle to establish its legitimacy from Somalian capital Mogadishu to peripheral regions. In fact, Ethiopian invasion had proved to be a rallying point for Al Shabaab which essentially means youth. The Al Shabaab also is principally opposed to western backed government and has been committed to the law of Sharia. In the pursuit of building an Islamic state, it has persistently attacked the Federal Government and its allies.

Apart from the earlier mentioned attacks of December 2019 and January 2020, some of the other prominent attacks of Al Shabaab could be stated thus. Al Shabaab’s attack in Kampala (Uganda) in 2010 left 74 dead. In 2013 its attack on shopping Mall in Nairobi (Kenya) killed 67 people. After the infamous bombing of the American embassies in Tanzania and Kenya in 1998 by Al Qaeda, it was Al Shabaab that launched a major attack in the city of Garissa in Kenya in 2015 causing 147 causalities. Further, Al Shabaab was increasingly deploying sophisticated and improvised technical devices in its operations. On 15 October, 2017 in one of its most deadly attacks through double truck bombing Al Shabaab killed about 320 people. Evidently, through fear psychosis it has held Federal Government to ransom.

However, while responding to destabilising pressures the FGS, in its turn, has earned some legitimacy through peaceful transition of power in 2017 elections and by announcing National Development Plan (NDP) towards building political stability and ensuring economic recovery amidst several stiff challenges. For instance, in 2015 and 2016 the economy registered growth of 5 and 7 percent respectively but by 2019 it was less than 3 percent. The rate of poverty according to 2019 surveys is as high as 69 percent with substantial number youth still unemployed. The aid from developed world coupled with the funds from Somalian diaspora have proved inadequate to improve conditions of debt ridden, impoverished and drought prone economy. Somalia has the sixth highest displaced population in the world out of which more than two and half million live in Kenya which is a frequent target of Al Shabaab’s assaults. While handling developmental problems, the FGS has to deal with over 150 active armed groups of clan militias along with dispersed terrorist outfits like Al Shabaab that are relying on all the possible means to run their operations.

In fact, apart from getting support through Al Qaeda and its affiliates, Al Shabaab has traded contraband sugar across Kenya. It has also earned hefty amounts from illicitly traded charcoal since 2012, in spite of the UN ban on the charcoal exports. In addition, funds have come from piracy, kidnapping, extortion, local business and farmers. However, terrorism need not be conflated with piracy because the latter is a self-propelling business in itself and a separate area of investigation.

After 9/11, as the USA declared Global War on Terror (GoWT), Al Shabaab began to arrest the international attention. During 2001-05 the USA worked with local militias to capture suspected Al Qaeda members in Mogadishu. Without declaring war on Somalia formally, the USA has militarily engaged in Somalia and expanded its operations under Trump administration. From 2007-14 it conducted in between 15 to 21 drone strikes but in 2018 alone the figure of these drone strikes rose to 46 killing 326 people, including some civilians. Since the USA also endorses the notion of African solutions to African problems, it has trained roughly 22000 Somali forces that are a part of AMISOM. It has contracted private security firms that pay for soldiers from France, South Africa and Scandinavia. In December 2017, the Trump administration suspended much of the arms aid to Somalia over corruption involving inability of Somalia to account for items such as food, fuels and weapons. As for India, Somalia is a distant maritime neighbour and good deal of its trade passes through the Gulf of Aden. Indian cargo ships need protection from pirates as well as terrorist organisations. Since 2008, Indian navy has been engaged in countering piracy on the Somalian coast. As a major power in the IOR and the Indo-Pacific region India has to be watchful of the activities of important powers that are operating in the region.

In substance, Al Shabaab’s insurgency and Somalian imbroglio have prompted the African states within the AMISOM and major external powers such as the USA, France, China, Turkey, the U.A.E. and Qatar to defend their stakes in the Horn of Africa. Although the FGS has earned a measure of success in its quest to stabilise the situation, owing to persistent attacks from Al Shabaab the prospects of peace and stability still appear fragile.