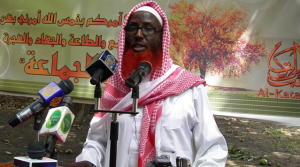 Sheikh Abdulqadir Mumin offered his support to ISIS in a video that is expected to be posted online, the broadcaster said. Al-Shabaab, which has been trying to overthrow Somalia’s government since 2006, pledged allegiance to al-Qaeda in 2012.

The split has led al-Shabaab’s secret police, known as the Amniyat, to arrest and jail members who are suspected of switching allegiance, CNN said.

Mumin is thought to be based in the mountainous parts of the semi-autonomous region of Puntland in northern Somalia, while the Amniyat mainly operate in southern Somalia, it said.