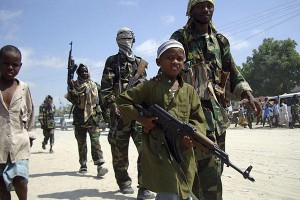 Al Qaeda-affiliated al Shabaab militants shot dead an aide to a regional official in Somalia’s semi-autonomous Puntland region on Tuesday, the second such attack in a week, police said.

Aden Huruse, a director in Puntland’s presidential palace, was attacked at a restaurant in its main city Bosasso, police told Reuters. “Two men armed with pistols fired several bullets into his head. He died on the spot,” said Major Mohamed Hassan, a Bosasso police officer.

Al Shabaab regularly targets officials throughout Somalia. Its insurgency aims to drive out African Union peacekeepers, topple Somalia’s Western-backed government and impose its strict version of Islam on the Horn of Africa state.

“This evening we killed the director in Bosasso. We were also behind the killing of Puntland’s deputy police commander days ago,” said Sheikh Abdiasis Abu Musab, the militant’s military operation spokesman.

The al Shabaab insurgency persists in Somalia as it pursues reconstruction after more than two decades of conflict and chaos that have left the nation in tatters.

Somalis are now voting across the country for a new parliament, which will choose a new president.