You are here: Home / Africa / Al Shabaab commander and a Briton, who joined the militants, killed 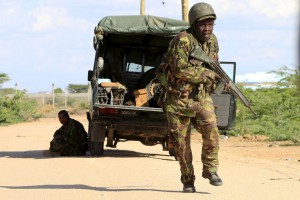 Kenya’s army said it killed a regional commander from Somalia’s al Shabaab group, and also a Briton who joined the militants, in fighting over the weekend.

Al Shabaab confirmed the weekend attack, saying “many Kenyan soldiers were killed”, without giving precise figures. It gave no details about any Al Shabaab members killed.

Among those killed was Al Shabaab’s Luqman Osman Issa, also known as Shirwa, blamed for leading attacks on Kenya’s Mpeketoni area a year ago in which 65 people were killed, Kenya Defence Forces spokesman Colonel David Obonyo said on Monday.

“This is a big victory for us and also a major setback for Al Shabaab because now there is no mainstream commander in the Lamu area,” he told Reuters, adding Shirwa’s body was in a morgue in Mpeketoni.

He also said the dead may have included Thomas Evans, also known as Abdul Hakim, a Briton in his mid-20s who joined al Shabaab. Obonyo said data about Evans and pictures publicly available “point at him”.

“But we cannot be certain becomes sometimes looks can be deceiving. The necessary forensic investigations are being done including a DNA test I understand,” he said, adding police were carrying out the tests.

Obonyo said another man of apparently of Caucasian or Arab origin was among the dead, while the others killed appeared to be from the region.