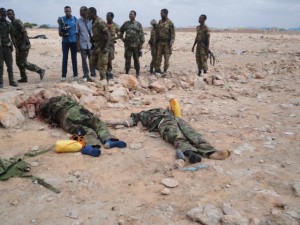 Somali Major Mohamed Jimcale told Reuters by telephone from the nearby Somali town of Baardheere that government forces had retreated to another town where there is a base for the African Union’s AMISOM force.

“We lost at least 7 soldiers and two vehicles,” he said.

Accounts and figures given by the officials and al Shabaab often vary.

Residents and government troops said al Shabaab had cut offer communications to El Wak before the attack. Al Shabaab fighters often stage raids and then withdraw before government forces have a chance to stage a counter attack.