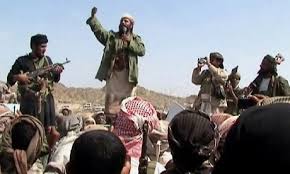 Yemeni security officials say a local al-Qaida affiliate has seized a town from southern separatists, setting up checkpoints at its entrances and besieging government buildings.

The officials said Monday that al-Qaida gunmen in pickups seized the entrances of the town of Azzan and stormed the city council. They spoke on condition of anonymity because they were not authorized to brief reporters.

Al-Qaida in the Arabian Peninsula, or AQAP as the group is known, has widened its reach amid a civil war pitting a loose array of forces backing Yemen’s internationally recognized government against Shiite Houthi rebels and troops loyal to a former president.