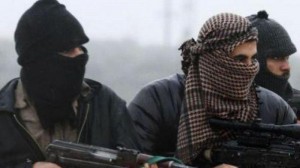 As tensions continue to run high between India and Pakistan over the current situation in Kashmir, the al-Qaeda in the Indian Subcontinent (AQIS) has hit out at the Nawaz Sharif government for ‘betraying’ Kashmiris

According to an Indian Express report, the AQIS released a statement criticising not just the Pakistani government, but also the army and intelligence agencies, accusing them of being unfaithful to the Kashmir cause for their own “vested interests”.

“History testifies to the fact that fighting under the supervision and with the cooperation of Pakistani agencies is tantamount to wasting the fruitage of jihad and getting injustice on oppressed Kashmiris to increase,” said a message which was released by the AQIS’ spokesperson Ustadh Usama Mahmood.

The message was released in English, Hindi, Bengali and Urdu to target Muslims in India, Pakistan and Bangladesh. Mahmood also made a direct appeal to Kashmiris to say ‘goodbye’ to those who are milking the issue for political gains.

“My dear Kashmiri brothers, is it not time that we say goodbye to those who have asserted sympathy and well-wishes, and yet want the Kashmir dispute to remain a dispute. Whether they be Satan’s parliament in the form of the UN, or traitors of the ummah in the form of the Pakistani military and government, the issue of oppressed Kashmiris is no more than a dirty game, and an ugly trade for these corrupt people,” he said.

The AQIS in its message asserted following Pakistan’s path would only lead to failure, helplessness and agony and that their interest in Kashmir was only political and if their cause wasn’t “liberated from the influence of the Pakistani military and intelligence agencies, then this night of oppression on the Kashmiri people would not only become long; it would never end.”

“Keeping away the wound of Kashmiris from healing is part of their politics. Their business flourishes with the screams of mothers and sisters. Keeping the blazing fire burning in the valley of Kashmir safeguards their extravagant spending and enjoyment,” the statement said.

“In 2002, when the Indian Army approached the border and showed Pakistan Army a bit of force, the latter became completely submissive… Showing resolve in the face of Indian military pressure and American discontentment is not part of their (Pakistan army’s) doctrine to begin with,” it added.