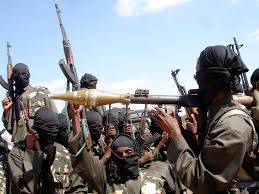 The Al-Qaeda affiliated fighters launched an attack on the military base in Kalabeyr from two opposing sides triggering a heavy gun-battle for several hours in the early morning.

There is no indication whether any civilians were killed in the battle.

Al-Shabaab aims to take over the Somali government and govern by a strict interpretation of Islamic law. Since 2013, Al-Shabaab pledged allegiance to Al-Qaeda, attracting the United States to execute raids and airstrikes against the group.