You are here: Home / Mediterranean / Al Qaeda video, ‘Italy has occupied Libya, will regret it’ 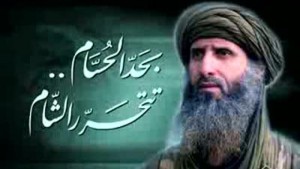 With the accords of Skhirat, in Morocco, Libya ”has sold out to foreigners” and Italy has occupied the country and Tripoli, something it ”will regret”, according to an audio-video message by Abu Yusuf al Anabi, one of the leaders of al-Qaida in the Islamic Maghreb (AQIM), the North African branch of the terror organization. The message was published by Mauritanian news agency ‘al-Akhbar’, which claims it received a copy.

Anabi defines the agreement on the new Libyan government as a ”conspiracy” and attacks Rome: ”To the new invaders, grandchildren of Graziani (a general who took part in the Libyan war during the Fascist regime), you will bite your hands off, regretting you entered the land of Omar al Mukhtar (hero of the Libyan resistance) and you will come out of it humiliated”.

”We are people who never give up, you will have to walk on our dead bodies. Either we win or we die”, also said the long audio message called ”Roman Italy has occupied Libya”. The message also referred to ”an Italian general who now rules in Tripoli”, possibly referring to Gen. Paolo Serra, military advisor to UN special envoy to Libya Martin Kobler.

Anabi is considered one of the most influential leaders of AQIM. The message could not be independently verified.