You are here: Home / Europe / Al-Qaeda urges jihadis to launch deadly attacks on US and European railways

Terror group al-Qaeda has urged its militants to target the “unguarded” US and European railways in a sickening new publication, like reported by express.co.uk. 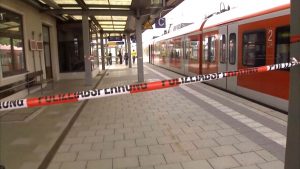 The latest issue of al-Qaeda’s magazine suggested jihadis should target American and European trains as they have “lax” security and a single attack could cause “large amounts of destruction and disruption”.

A third article provides a map of the United States and recommends specific transit systems as targets, including the New York metro.

The terror article notes: “With little resources, it is possible to achieve great results, this is, if the operations is well executed and planned.

“The results of these kind of operations are disastrous to the economy, especially if they occur regularly.”

In further brainwashing material the magazine discourages Muslims in Western nations from accepting “the message of solidarity” from any non-Muslims – even a “kind neighbour or a nice co-worker” – as “the West will eventually turn against its Muslim citizens”.

US authorities revealed they are aware of the magazine, which was circulated through the encrypted social media app Telegram.

The US Transportation Safety Administration (TSA) said they were in contact with freight and passenger rail services on how to protect their systems from terrorists, but the Department of Homeland Security denied there was an imminent threat.

New York Police Department Counterterrorism Unit tweeted: “We’ve known about the content & threats presented in the current issue of AQAP’s Inspire 17 prior to its release… our robust multi-layered counterterrorism apparatus is designed to protect our air, land, waterways and railways in #NYC.”

The news follows reports that ISIS has been urging its twisted members to target Europe.

An audio message believed to have come from a Daesh spokesman in June begged ISIS followers to launch attacks in the United States, Europe, Russia, Australia, Iraq, Syria, Iran, and the Philippines.

The recording said: “O lions of Mosul, Raqqa, and Tal Afar, God bless those pure arms and bright faces, charge against the rejectionists and the apostates and fight them with the strength of one man.

“To the brethren of faith and belief in Europe, America, Russia, Australia, and others. Your brothers in your land have done well so take them as role models and do as they have done.”