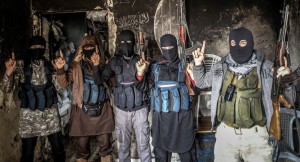 The video was released on January 6 by al-Qaeda in the Islamic Maghreb and says the terrorists would strike in Naples, Rome and Madrid. AICS found the video in one of the channels through which Islamists spread their propaganda.

He noted that it was the first time that Rome and Madrid were mentioned together by al-Qaeda over the past two years, while Daesh has been threatening Rome during the last 5-6 months, but never Spain.

“In the case of Spain, it is the first time that Madrid is mentioned, and we consider that the threat is lower, but we still have to pay attention to that,” he said adding though that the video was more of propaganda than a real threat.AICS is engaged in analyzing information to further turn it into intelligence and provide it to the customers who are mainly multinational companies deployed in crisis areas. If the matter concerns the national security of a state, AICS works with states.

Daesh is outlawed in many countries, including Russia. In February 2014, the al-Qaeda leadership announced it had severed all ties with the jihadist group, which has flourished against the backdrop of the Syrian civil war and instability in Iraq.