You are here: Home / West Asia / Al-Qaeda tried to set up Delhi base through Briton 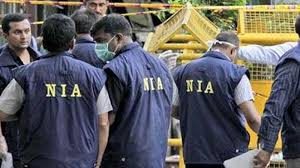 The National Investigation Agency on Wednesday informed a city court that Al-Qaeda tried to establish a base in Delhi through its operative Samiun Rahman, who was arrested in 2017 by the Delhi Police, like reported by business-standard.com.

The Britain-based Rahman had planned to fight for the Rohingya cause in Myanmar and entered India illegally via Beenapole border in West Bengal from Bangladesh, the NIA said in its charge sheet filed before a special court at the Patiala House on Wednesday under the Arms Act, Foreigners Act, and Unlawful Activities (Prevention) Act.

The NIA had filed an FIR against Rahman, 29, on November 8 last year after he was arrested by the Special Cell.

“At the time of his arrest, a pistol and four rounds of ammunition were seized from Rahman. Incriminating material showing his allegiance to the Al-Qaeda and regarding his chat with the associates of the terror organisation was recovered from his laptop and mobile phone,” said the NIA.

His parents moved to Britain from Bangladesh in 1960s and settled in Central London.Rahman’s father was a businessman in London. Aged 19, Rahman was arrested by traffic cops in London twice. He was jailed for 18 months.

“In the London prison, Rahman got radicalised, and in 2012, when he came out, he went to Mauritania. Rahman was influenced by salafi teachings. Soon he was recruited by leaders of Al-Qaeda in Islamic Maghreb.”

The agency said Rahman was later told to go to Syria and fight for Al-Nusra — an affiliate of Al-Qaeda in Syria — fighting against the Syrian government forces. After joining the terror outfit, he got three-week training in an Al-Qaeda camp in Syria.

During questioning, Rahman allegedly told police that in Syria, his group came to know about the “atrocities” on Rohingya Muslims in Myanmar. As he had stayed in Bangladesh for long, he was selected to raise a fighter group there. He was in contact with his outfit members via Facebook, WhatsApp, and telegram.

In 2014, Rahman arrived in Bangladesh using a British passport to radicalise youths to join Al-Qaeda with the help of Yasin, another Al-Qaeda cadre. He visited Silhet, Nabiganj, Dhaka and other places and radicalised dozens of youths in Bangladesh for their entry into Myanmar from the Chittagong side, the NIA said.