You are here: Home / West Asia / Al Qaeda training camps are sprouting up in a familiar place as the US focuses on ISIS 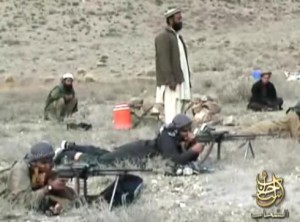 More than a decade after the US invaded Afghanistan as part of its war on terror, the group that prompted that invasion is reemerging as a threat.

And it’s far from alone.

Al Qaeda training camps are reportedly reappearing in Afghanistan, where the US has been focused on fighting ISIS (also known as the Islamic State, ISIL, or Daesh) and the Taliban, according to The New York Times.

And since ISIS and the Taliban have been making territorial gains across Afghanistan, Al Qaeda has reportedly fallen on the list of US anti-terror priorities.

If the training camps had popped up several years ago, “they would have rocketed to the top of potential threats presented to President Obama in his daily intelligence briefing,” The Times reports. “Now, they are just one of many — and perhaps, American officials say, not even the most urgent on the Pentagon’s list in Afghanistan.”

And the newly strengthened Taliban could be a force multiplier for Al Qaeda. Michael Morell, the former deputy director of the CIA who recently wrote a book about US efforts to destroy Al Qaeda, told The Times that the Taliban will give Al Qaeda a safe haven in Afghanistan, as they did before the September 11, 2001, terrorist attacks on US soil.

Morell also emphasized that the US will be high on the list of potential Qaeda targets.

An unnamed senior administration official told The Times that Al Qaeda reemergence in Afghanistan is the result of Pakistan pushing the fighters across the border, rather than Al Qaeda recruiting inside the country.

The US has attacked large training camps recently, some of which went undetected for up to a year and a half, according to The Times. Gen. John Campbell, the top American military commander in Afghanistan, told reporters earlier this month that the camps were hard to detect because they were in a remote part of Afghanistan.

Campbell testified before Congress in October, saying that Afghan forces haven’t been able to drive Al Qaeda completely out of Afghanistan.

He said that the group has “attempted to rebuild its support networks and planning capabilities with the intention of reconstituting its strike capabilities against the US homeland and Western interests.”

As Al Qaeda has built back up in Afghanistan, a new ISIS franchise has been staking out territory, often clashing with the Taliban for control. And with ISIS entering the fray, the Taliban has been trying to reassert itself, especially after the death of its leader, Mullah Omar, earlier this year.

Just this week, The Associated Press reported on the “rampant lawlessness” in some parts of Afghanistan.

The Taliban gained ground across the country over the summer, and ISIS is now said to be in control of four districts in Afghanistan. Afghan forces are now trying to drive the militants from these areas.

It’s unclear whether Afghan forces are capable of beating back al-Qaeda, the Taliban, and ISIS. Campbell noted “several shortcomings” with Afghan security forces in his Congressional testimony in October.

“They do not possess the necessary combat power and numbers to protect every part of the country,” Campbell said.