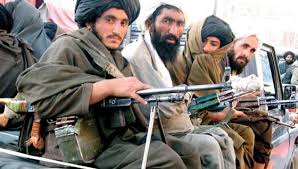 Pakistan’s Haqqani network, which was convicted in a terrorist attack on Sikhs in Kabul last year, has discussed forming a new joint team with al Qaeda. The US Treasury has revealed according to flanewsonline.com.

In a review of its work to combat terrorism financing and money laundering, the United States has also revealed that the relationship between al-Qaeda and the Taliban since the signing of a memorandum of understanding with the United States last year Gone deep.

The Haqqani network was described by former US Chief of Staff Admiral Mike Mullen as part of Pakistan’s inter-services agencies. He was convicted along with the Lashkar-e-Taiba (LeT) for attacking a Sikh pilgrimage site in Kabul last year. About 30 people were killed.

In January, the US Treasury Department handed over some documents to the Pentagon. It said operatives of the top Haqqani network discussed forming a new joint unit of armed combatants with the help of al Qaeda and financial resources. However, no further information was given.

The Haqqani network has often been accused of targeting India’s interests in Kabul. Some reports suggested that the Sikhs were attacked in March last year following a failed attack on the Indian embassy in Kabul. The document described the Haqqani network, a Pakistan-based organization based in North Waziristan, which operates along the border with eastern Afghanistan and Kabul.

In May last year, Afghan security forces arrested eight members of the Haqqani network and the Islamic State group in Kabul for attacking Sikhs. The Afghan security agency said at the time that the unit was responsible for attacking the meeting of the Shia Hazara minority group and the swearing-in ceremony of President Ashraf Ghani and the rocket attack on the airbase.

The Treasury Department also said that al Qaeda gained strength in Afghanistan last year as it continued to work with the Taliban in defense. This review is very important for reviewing the new US administration’s agreement with the Taliban. The Afghan group has cut ties with al Qaeda and other terrorist organizations and is taking steps to reduce violence.