Islamist organization al-Qaeda in the Islamic Maghreb (AQIM) threatened Spain it would annex its enclaves of Ceuta and Melilla located in North Africa on the border with Morocco. 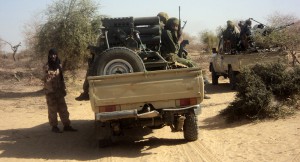 One of the leaders of the al-Qaeda branch, Algerian national Abu Obeida Yusuf Annabi voiced the threat in a video message, the Europa Press news outlet reported.

Last week, AQIM released a new video in which it threatened to attack Naples, Rome and Madrid. Spain’s major private intelligence and security firm AICS told Sputnik that al-Qaeda was trying to copy Daesh extremist group in order to recover the power it was losing to Daesh militants.

The al-Qaeda leadership cut ties with Daesh group, outlawed in many countries including Russia, in February 2014.