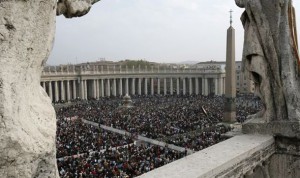 Wiretaps from an al-Qaeda cell in Sardinia showed there was a suicide bomber in Italy and possible plans to attack the Vatican, investigators told a press conference Friday.

Italian police launched a massive operation on Friday after uncovering an alleged al-Qaeda network based in Italy.

Raids were carried out in seven Italian provinces after 18 arrest warrants were issued following a probe by prosecutors in the Sardinian city of Cagliari.

The operation targeted Islamist extremists linked to several acts of terrorism and sabotage in Pakistan, including an attack on a Peshawar market in October 2009 in which over 200 people died.

Among the suspects were two members of a network that protected late al-Qaeda leader Osama Bin Laden in Pakistan, the sources said.