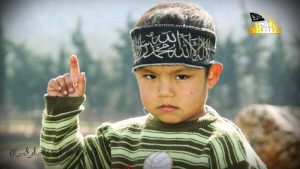 While al Qaeda’s affiliates in North Africa, Somalia, Syria, and Yemen continue to grab headlines, the terrorist network has surreptitiously expanded eastward, entrenching itself throughout the Indian subcontinent, like reported by thecipherbrief.com.

“Al Qaeda’s reach in South Asia is deeper than what not only the news headlines, but also the U.S. government, may suggest,” explains Michael Kugelman, Asia Program Deputy Director and Senior Associate for South Asia at the Woodrow Wilson Center. “Institutionally, al Qaeda’s influence in the Indian Subcontinent is embodied by Al Qaeda in the India Subcontinent (AQIS) – a regional faction of al Qaeda with a presence in multiple South Asian countries,” says Kugelman.

Al Qaeda in the India Subcontinent was officially born in September 2014 when al Qaeda leader Ayman al Zawahiri released a video announcing the creation of an al Qaeda affiliate spanning Afghanistan, Pakistan, India, and Bangladesh. Zawahari said the objective of AQIS is to “raise the flag of jihad, return the Islamic rule, and empowering the Shariah of Allah across the Indian subcontinent.”  Zawahiri also appointed Asim Umar, a former commander in the Pakistani Taliban, as AQIS’ leader.

According to Kevin Hulbert, Cipher Brief Network Expert and former CIA Chief of Station, the formation of an AQIS branch sets off alarms for the U.S. Intelligence Community.

“Any effort to unite and direct jihadist elements operating across several countries is always problematic, but in this case, it was doubly concerning, because it is a wide swath of territory that includes over a billion people and hundreds of millions of Muslims that al Qaeda core would hope to radicalize,” says Hulbert.

The U.S State Department designated AQIS as a Foreign Terrorist Organization and Umar as a Designated global terrorist in June 2016.

Over the last few years, AQIS has carried out several attacks in the region, most notably a spree of hacking deaths against secular activists, bloggers, and academics in Bangladesh and Pakistan. In May 2015, Umar published a video in which he claimed AQIS responsibility for these attacks, declaring that the group “assassinated several blasphemers of the Prophet and insulters of Islamic law.”

“The targets AQIS is choosing in Bangladesh appear to be very consistent with al Qaeda’s playbook in Tunisia, which is a good example of how al Qaeda intends to take a country from discriminant efforts on behalf of some of the jihadism all the way to an active battlefield,” says Daveed Gartenstein-Ross, Senior Fellow at the Foundation for Defense of Democracies.

Choosing specific targets, such as people who are atheists, or who are critical of Islam, or who identify as LGBT, “is designed to rally sympathy for their cause because the targets are seen as acceptable,” says Gartenstein-Ross. “These are all people who they think targeting them will appeal to AQIS’ constituency.”

Earlier this week, five AQIS members were arrested by Pakistani authorities for attempting to carry out attacks in the city of Karachi. Two of those detained, Tahir Zaman and Bilal Ahmad, were also wanted in connection with the killing of policemen and civilians in Pakistan. A third individual, Mohammad Nawaz, was one of the organization’s leading bomb-makers.

A further cause of concern is that AQIS may have its sights set on moving further eastward. “I believe that AQIS will try to expand to Myanmar,” says Gartenstein-Ross. “The Rohingya issue has lived large in al Qaeda’s messaging. Given the messaging out of Myanmar, I suspect AQIS will make a play to move into there.”

Although AQIS has successfully carried out smaller scale attacks against individuals, the group has demonstrated a limited ability to conduct large-scale operations in South Asia or against Western targets.

“AQIS is problematic, as are all these terrorist groups, but thank goodness, frankly, that they’ve not developed into the big threat that we once feared,” affirms Hulbert. “Since AQIS declared war on India, Pakistan, Myanmar, Bangladesh, and on the U.S., they have been rather ineffective in carrying out terrorist attacks.”

And while AQIS may ultimately aspire to strike the West, the terrorist group remains on unstable footing.

“Part of that is because their leadership keeps dying in sudden explosions in the middle of the night,” Hulbert says. “That’s a good thing and the first order effects of these deaths has constrained the group’s ability to operate and to carry out attacks.”