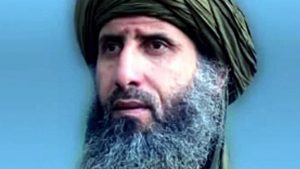 Al Qaeda’s North African branch said it appointed a new leader after confirming the death of its former chief, who was killed in June by French forces, like reported by thenationalnews.com.

According to the Washington-based SITE Intelligence Group, which monitors extremist sites, the appointment of Algerian Yazid Mubarak, also known as Abu Ubaida Yusuf Al Annabi, was announced in a video published on Saturday.

Al Qaeda in the Islamic Maghreb, known as AQIM, also showed the dead body of its former leader, Abdelmalek Droukdel, for the first time.

Droukdel was killed in Mali by French forces who had been hunting him in the sub-Sahara region for years.

AQIM also confirmed the death of Swiss missionary Beatrice Stockly, who was captured in January 2016 in Mali’s northern city of Timbuktu. The group attributed her death to a failed attempt by “French crusaders” to free her, and also held the Swiss government responsible for “delaying the issue and making futile efforts”, according to SITE.

Al Qaeda’s North Africa branch has made millions of dollars from abducting foreigners for ransom over the years and has made large parts of West Africa too dangerous for aid groups to access.

Rita Katz, SITE director, said that Mubarak’s appointment as AQIM’s new leader was not surprising given that he featured in the group’s propaganda over the past few years and was involved in its core operations.

Mubarak is a major ideologue in Al Qaeda’s global network, and has been on the American international terrorist blacklist since September 2015, according to the Counter Extremism Project.

He has regularly appeared in the group’s propaganda videos, and in 2013 famously demanded that Muslims retaliate against France’s intervention in Mali.