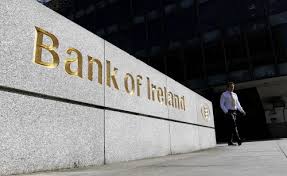 Minister for Finance Michael Noonan has confirmed entities with ties to al-Qaeda have more than $1.2 million (€1.07 million) frozen in Irish bank accounts.

Mr Noonan made the disclosure in a written Dáil response to Sinn Féin’s Pearse Doherty, in which he also confirmed more than $1.6 million owned by entities linked to Libya is frozen in several Irish bank accounts.

Mr Noonan confirmed accounts are frozen through EU restrictive measures made as a result of resolutions of the Security Council of the United Nations through the publication of EU regulations. The Minister explained that EU regulations are binding on all EU member states once published in the EU Official Journal.

“Financial Institutions in Ireland are required to notify the Central Bank when funds have been frozen or blocked,” said Mr Noonan.

“Sanctions on regimes are reviewed on a regular basis, and where an individual has died or an entity has ceased to exist, the process is to await an amending EU regulation that may take into account a change in circumstance as described.”

Earlier this year, Minister for Justice Frances Fitzgerald had said there is no specific information to suggest there may be a jihadi threat in Ireland.

In his written reply to Mr Doherty, Mr Noonan said: “The Central Bank informs me that funds frozen by an EU regulation remain frozen until such time as the individual or entity name subject to the freezing is delisted by the EU.

“The process of ‘delisting’ can occur in a number of cases including evidence of mistaken listing, a relevant subsequent change in facts, emergence of further evidence, death of a listed person or the liquidation of a listed entity.

“Similarly, if a person or entity is delisted from the UN sanctions list, relevant amendments are made to the corresponding EU regulation.”