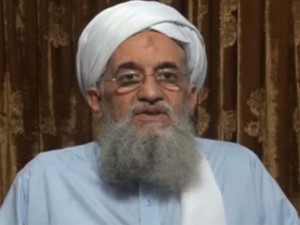 The leader of al-Qaeda has attacked Isis for “madness” and “exceeding the limits of extremism” as the two terror groups continue to compete for territory and supporters around the world, like reported by independent.co.uk.

Ayman al-Zawahiri, who succeeded Osama bin Laden when he was killed in 2011, criticised Isis for killing and “slandering” his own jihadis.

In audio message, he branded the rival group’s members “cowards” and liars with a “thirsty desire for authority”.

“Isis was struck with madness in takfir [declaring other Muslims to be apostates] and exceeded the limits of extremism,” al-Zawahiri said.

“They make takfir on the basis of lies, fabrications and even good deeds of obedience…[it is] is political, convenient and opportunistic.”

The extremist, who has had a $25 million (£20 million) bounty on his head since 9/11 and is under global sanctions due to his links to global terror attacks dating back to the 1990s, claimed Isis was “misusing the enthusiasm of the youth”.

His message was issued as an audio file in Arabic, being distributed on al-Qaeda channels and then translated and spread by supporters on social media.

It comes as pressure mounts on al-Qaeda’s numerous front groups and allies in Syria, with the US-led coalition increasingly turning its firepower on the group while Isis continues to lose territory.

American defence officials said more than 20 al-Qaeda militants were killed in north-western Syria in two rounds of strikes in the first week of January.

Analysts have long been warning of the group’s growing power in the country, where the international focus on Isis has allowed it to gain territory and support largely untroubled by foreign parties in the civil war.

Al-Zawahiri made a clear pitch to Isis defectors in his speech, urging “ones who seek the truth” to join al-Qaeda instead.

Renad Mansour, a fellow from the Middle East and North Africa Programme at Chatham House, said al-Qaeda is looking to capitalise on Isis’ losses in key strongholds including Mosul and Raqqa province.

“When Isis became so successful, many questioned the relevance and legitimacy of al-Qaeda, especially after the death of Osama bin Laden,” he told The Independent.

Dr Mansour said the leader has a “long-term timeframe” for his vision of jihad and views Isis as a “trend” that will fail and leave al-Qaeda as the dominant global terrorist group once more.

Al-Zawahiri had openly criticised the faction as far back as 2005, when he sent a letter to al-Zarqawi opposing his militants’ indiscriminate suicide bombings, targeting of Shia Muslims and hostage executions.

Dr Mansour said al-Qaeda is trying to position itself as a more “elitist” organisation, compared to the jihadi “populism” of Isis, which does not seek to support its actions with the use of scholars and theology.

“For al-Qaeda, success doesn’t necessarily mean building a caliphate in this lifetime, it’s a perpetual struggle against ‘infidels’,” he added.

The two groups have been competing globally for the past three years, with rival factions active across the Middle East, Africa and Asia.

But despite al-Zawahiri’s “harsh” words, there have been few instances of the groups coming into direct conflict, while there have also been reports of their members sporadically uniting against common enemies in Syria.

Isis fought Jabhat al-Nusra in Qalamoun in May 2015 and targeted al-Qaeda-linked rebels in Aleppo the previous year, killing a prominent commander originally deployed to end the infighting between jihadis.

Nusra has rebranded itself to Jabhat Fatah al-Sham after announcing a supposed split from al-Qaeda, although many believe the move was merely an attempt to stop its militants being targeted by other rebel groups and foreign air strikes, and the terror organisation continues to operate several other Syrian affiliates.