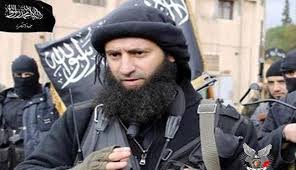 The leadership of al Qaeda has ordered its Syrian branch, the Nusra Front, to not attack targets abroad because that could disrupt its goal of toppling President Bashar al-Assad, the head of the Nusra Front said in a television interview broadcast Wednesday, May 27, according to the New York Times.

The leader, who goes by the nom de guerre Abu Mohammed al-Jolani, also denied claims by American officials that the Nusra Front contained a secret cell, the Khorasan Group, that was tasked with plotting foreign attacks.

“There is nothing called the Khorasan Group,” Jolani said, adding, “Of course the Americans claim that there are efforts to hit America, that we are a threat to America, but they have not proven anything.”

The hour-long interview, recorded recently by Al Jazeera television in northern Syria, appeared to be an effort by one of Syria’s most powerful rebel factions to market itself to Syrians, and to the wider Arab world.

The interview, the second of Jolani by Al Jazeera during more than four years of conflict in Syria, follows significant losses by the Assad government to rebel factions that include the Nusra Front and to the extremists of the Islamic State, the NYT says.

The two jihadist organizations were a single organization but later split and have become rivals for territory and recruits. While the Islamic State has advertised its brutality and focused on creating a caliphate on land it controls in Syria and Iraq, the Nusra Front has worked closely with other rebel groups and sought to portray itself to Syria’s Sunni Muslims as a just force.

Dressed in a plaid shirt and traditional Syrian vest, with a black cloth over his head to conceal his identity, Jolani tried to further that impression. He said that the front would not harm members of Syria’s Christian and Druze minorities who did not fight against it and that soldiers from Assad’s Alawite sect who surrendered could return to their families. It remained unclear whether such promises were genuine or merely meant to encourage defections.

When a United States-led coalition began bombing Islamic State targets, it also hit bases that American officials said belonged to the Khorasan Group. Analysts who track the Nusra Front were skeptical that the secret cell existed, and American officials have spoken rarely of it since.

Just last week, however, Michael Morell, a former CIA deputy director, said the Khorasan Group was “the external operations arm for Al Nusra.” He added: “They are intending to attack Western Europe and the United States. They are a greater threat — direct threat — than is ISIS.”

The Nusra Front’s focus on Syria and willingness to work with groups that received Western support has led many to speculate that it was preparing to split with al Qaeda, perhaps to receive foreign military aid.

Yet Jolani spoke of his group as a part of al Qaeda that received instructions from Ayman al-Zawahri, the Egyptian doctor who succeeded Osama bin Laden at the group’s helm.

Jolani denied that the Nusra Front received support from any government but conceded that it did get donations from individual Muslims who supported its ideology.

He said that Zawahri had instructed the front to work with other groups in Syria who support Islamic rule to overthrow Assad’s government while avoiding external attacks that could jeopardize that goal.

“The instructions that have come to us are not to use the Levant as launching base for external or European groups so that it does not disrupt the battle here,” he said, according to the NYT.

Yet if American strikes on the group continue, he said, “all the options are open, and it is the right of any person to defend himself.”