You are here: Home / Africa / Al-Qaeda is strengthening its networks throughout the Sahel 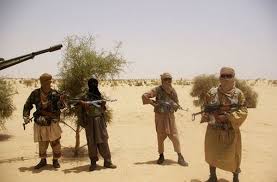 France’s Operation Serval in 2013 – intended to oust al-Qaeda in the Islamic Maghreb (AQIM)-allied jihadist groups from northern Mali — temporarily stabilized the region. However, by 2015 the jihadists in northern Mali began rebranding, including the AQIM-allied group Unity and Jihad in West Africa (MUJWA), like reported by soufangroup.com.

Two prominent MUJWA commanders, the Mauritanian Hamadou Kheiry and Western Saharan, Abu Adnan Walid al-Sahrawi, changed their allegiance, respectively, to the so-called Islamic State. Although Kheiry was killed in U.S. airstrikes in Libya in 2017, al-Sahrawi went on to form the Islamic State in Greater Sahara (ISGS). Al-Sahrawi’s ISGS fighters most infamously killed four U.S. special forces members in a 2017 ambush in rural Niger and have primarily ambushed troops from Niger, Mali, and Burkina Faso in their tri-country border region. In 2013, Hamadou Kufa, a MUJWA sub-commander and Salafi cleric, formed the Macina Liberation Front (eventually known as Katiba Macina), which conducted operations throughout Mali.

JNIM therefore receives tactical and strategic guidance from AQIM and through AQIM maintains links to al-Qaeda leadership. JNIM is also important to AQIM due to the latter’s inactivity in Algeria in recent years. Virtually no attacks were attributed to AQIM in Algeria in 2018 or 2019, including during the anti-government protests this year. AQIM nevertheless maintains relevance through JNIM’s high-impact Sahel-based operations.Another key component of JNIM has been Ansar al-Din, a Tuareg-led group whose leader, Iyad ag Ghaly, is a former Malian diplomat.

In addition to Iyad ag Ghaly and Kufa, there have also been Berbers and Arabs counted among JNIM’s top leadership. JNIM therefore prides itself on being a cosmopolitan jihadist coalition that can, at least in theory, unite the various tribes of the Sahel to wage jihad against the region’s governments and their primary backer, France. Despite JNIM’s constant attacks, it is challenged by Mali, neighboring countries’ armies, French and United Nations forces, but also by various local vigilante and self-protection groups and ethnically-based militant groups.

This means that while JNIM is able to undermine regional stability through its attacks, it is not powerful enough to control territory in the near future like the jihadists did when Mali’s government collapsed in 2012. In this way, JNIM differs from Nigeria- and Lake Chad-based Islamic State in West Africa Province (ISWAP), which in contrast to JNIM, does actually control territories in far northeastern Nigeria.It remains to be seen whether Islamic State and al-Qaeda affiliates and franchises in West Africa will ever cooperate.

Nevertheless, there are indications that JNIM and ISGS have at times coordinated and deconflicted, at least to avoid escalation. ISWAP also has certain commanders that are amenable to cooperation with JNIM and al-Qaeda generally, but the operational areas in Mali and far northeastern Nigeria are too distant for serious cooperation to occur. Nevertheless, if regional insecurity continues to grow, especially in Niger, the possibilities for cooperation between ISGS and ISWAP and certain ISWAP factions and JNIM will likely increase. In the near-term, it seems likely that JNIM will remain the dominant jihadist force in Mali and the Sahel, while ISWAP will remain the dominant jihadist force in Nigeria and the greater Lake Chad region.