You are here: Home / Mediterranean / Al Qaeda in the Islamic Maghreb (AQIM) trying to regroup along the Tunisian-Algerian border 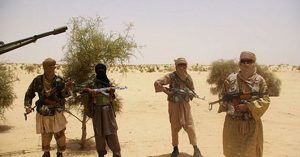 The killing of a senior Algerian militant by special forces soon after he slipped into Tunisia has raised concern that Al Qaeda is trying to regroup in the North African state as rival Daesh has suffered major setbacks, security sources say according to gulftoday.ae.

Kobi was on an apparent mission to reunite splinter groups of Qaeda fighters in Tunisia, putting the army on alert for more infiltrations, a senior Tunisian security source said.

AQIM was the dominant extremist force in North Africa, staging several high-profile deadly attacks until 2013 when it fractured as many militants flocked to the more extremist Daesh as it seized territory in Iraq, Syria and Libya.

IS became a major recruiter for disaffected, often unemployed young men especially from Tunisia, where poverty has spread since the uprising that toppled Zine El Abidine Ben Ali in 2011 and induced protracted turmoil.

But Daesh’s appeal has waned since it lost all its territorial strongholds in neighbouring Libya as well as in Iraq and Syria to counter-offensives by security forces, with fighters returning home or looking for new causes to join.

That has prompted AQIM to try to lure new talent from among Daesh veterans, two Tunisian security sources told Reuters.

“Al Qaeda wants to invest in a recent decline of Daesh to re-organise and re-emerge as it seeks to restructure especially in Algeria, Libya and Tunisia by naming new local leaders on the ground,” one of the security sources said.

Kobi was not the only senior militant sent to reorganise al Qaeda in Tunisia. Hamza al-Nimr, an Algerian who joined Qaeda in 2003, was dispatched to lead a cell in Tunisia but was killed with Kobi in the same operation, Tunisian security sources say.

Beefed up by Western countries, Tunisia’s security forces have managed to pre-empt any major attack since an Daesh militant shot dead 39 foreigners on a Mediterranean beach in June 2015, but authorities remain on alert.

Hundreds of Tunisians have joined extremist groups abroad but it is unclear how many have returned as significant numbers of them were killed in Syria combat and elsewhere, officials say.