You are here: Home / Africa / Al Qaeda in the Islamic Maghreb (AQIM) threatens attacks on Western companies in Africa 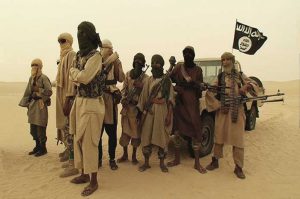 An al Qaeda affiliate threatened attacks on Western companies’ operations across North and West Africa, calling them “legitimate targets” and urging Muslims to boycott them.

Al Qaeda in the Islamic Maghreb (AQIM) has launched raids on installations in the past, in particular in Algeria where it carried out a major assault on a gas plant in 2013 that killed dozens of workers.

Its fighters have also carried out high-profile attacks on hotels frequented by foreigners in Mali, Burkina Faso and Ivory Coast.

“This statement calls to boycott all Western companies and foundations … that operate in the Islamic Maghreb … and the countries of the Sahel, and gives a warning to them that they are legitimate target for the mujahideen,” it said.

The statement, which was circulated on social media and translated by the extremism watchdog SITE, singled out France – the former colonial power in much of North and West Africa – and its allies in the region.

“We have decided to strike that which prolongs the continuity of these agent governments and enables the French occupier to provide a lavish life and prosperity to its people,” it said.

The region has witnessed a rise in Islamist militancy since an uprising in Libya toppled longtime dictator Muammar Gaddafi, sparking chaos during which armed factions looted government weapons stocks.

France led a military intervention in Mali in 2013 to drive back Islamist groups that had seized the country’s desert north a year earlier.

Paris still has thousands of troops deployed in West Africa’s arid Sahel region as part of an operation to stamp out militant groups, and the United States is also ramping up its presence in the region.