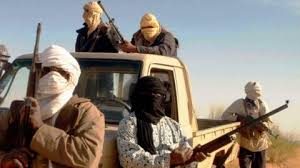 The al Qaeda terrorist group in North Africa last month issued a threat to attack Western companies, and U.S. security officials are taking the threat seriously, like reported by freebeacon.com.

The May 8 statement by the group al Qaeda in the Islamic Maghreb indicated that attack planning against French and other Western companies is advanced and that strikes could be carried out during the Islamic holiday month of Ramadan that ends June 14.

The warning of pending terrorist attacks comes as the world’s attention largely is focused on Singapore and the upcoming summit between President Trump and North Korean leader Kim Jong Un.

Meanwhile, al Qaeda terrorists in Somalia conducted a second attack on a military base in the southern part of the country, detonating a car bomb outside the base late Saturday.

The base is the same location where an Army Special Forces commando was killed in an attack Friday. Four other U.S. troops were wounded. The commandos were part of a training mission for Somalian and Kenyan troops.

The Pentagon on Saturday identified the soldier as Staff Sgt. Alexander W. Conrad, 26, of Chandler, Arizona, who was killed from “enemy indirect fire.”

The North Africa al Qaeda affiliate, known by its acronym AQIM, stated that the coming attacks would take place across the region, ranging from Libya to Mauritania.

The statement said jihad, or holy war, includes “striking enemies in the source of their economies.”

The group accused western companies, especially French firms, of controlling 85 percent of the fortunes of Muslims.

“This statement comes to reject all the Western companies and institutions, especially the French, that are active in the Islamic Maghreb (from Libya to Mauritania) and the Sahel countries, and to notify them that they are a legitimate target for the Mujahideen,” the statement said.

The statement also warned Muslims “not to approach these companies and institutions” to avoid being injured in the attacks.

A State Department security report issued June 8 said all Western companies are at risk of attack, including those in AQIM target group—natural resources, mining, and state-owned and government supported businesses.

“U.S. private-sector organizations with operations and personnel in North and West Africa, especially those in Maghreb and Sahel countries, should evaluate their security measures and consider taking additional precautions as the last part of the Ramadan season starts and in light of AQIM’s recent threat,” the report by the State Department-led Overseas Security Advisory Council said.

The heightened terror threat is expected to continue after Ramadan.

AQIM merged with three other terrorist groups from Mali in March 2017 to form the al Qaeda affiliate Group in Support of Islam and Muslim, known as JNIM.

The merger has produced an increase in both numbers and sophistication of attacks in West African cities against hotels and establishments used by foreigners.

The group’s activities have included two strikes on a resort and restaurant used by westerners in Mali, and a more recent attack this year on the French Embassy and Burkina Faso army headquarters in Burkina Faso capital.

One high profile attack by the group came in 2015 against the Radisson Blu hotel attack Bamako, Mail when the group took 170 hostages and killed 20 of them in a mass shooting.

The State Department security report said the latest threat, while not unprecedented, is notable for the timing during Ramadan, the warning to Muslims to avoid western businesses, and past attacks by AQIM on businesses.

Among the companies targeted in the past were the French construction company Sogea-Satom in Mali in 2017; a rocket attack in 2016 against the joint BP-Norwegian Statoil oil plant in Algeria; and a 2015 kidnapping of a Romanian security guard at a mine in northern Burkina Faso.

“Companies in natural resource exploitation have frequently been targeted for blame by a variety of armed elements throughout Africa,” the report said.

“Given AQIM’s focus on past economic exploitation by Western and African governments through international companies, Western and/or African state-owned or state-supported entities could be at elevated risk.”

In addition to targets in the oil and gas sector, other potential targets include natural resource industries, such as timber, minerals, precious gems, and agriculture.

Banking and financial institutions also could be targeted by AQIM, based on the group’s reference in the May 8 statement to African rulers’ inflated bank accounts.

Other potential targets include humanitarian and faith-based organizations and academic institutions.

The report said U.S. private sector companies have cut back their presence in many countries in North Africa in response to the increase in terror attacks, particularly in Mali, Libya, and parts of Burkina Faso, Nigeria, and Algeria.

Those that remain have stepped up security measures.

“In light of AQIM’s threat, consider taking additional security measures around the facilities of Western and African companies and/or areas where foreign and local companies are clustered, such as business districts in major cities,” the report said.

Kidnappings could be carried out by AQIM in addition to shooting attacks.

“Since 2013, there have been several abductions of Westerners from rural areas in West Africa in which victims have ended up in terrorist hands,” the report said.

Regarding attacks in Somalia, the Africa Command said in a statement Saturday the casualties were the result of an enemy attack in Jubaland, Somalia. In addition to the one soldier killed and four U.S. wounded, one unidentified foreign solider was wounded.

Around 500 American commandos are in Somalia training some 800 troops of the Somali National Security Forces and Kenyan Defense Forces at the base.

The U.S. forces are working to counter the terrorist threat posed by al Qaeda, al-Shabab, and the Islamic State.

“Our strategy in East Africa is to build partner capacity to ensure that violent extremist organizations, who wish harm in the region, wish harm on the European continent, and ultimately wish to harm the United States, are contained,” said Gen. Thomas Waldhauser, Africa Command commander.

“Simply put, we’re working to prevent atrocious acts before they come to fruition.”

The threat of AQIM attacks and the al-Shabaab attacks come amid stepped up U.S. attacks in the region.

In Somalia, a U.S. airstrike in northern Somalia killed 27 al-Shabaab terrorists on June 5 in training camps and safe havens. The raid took place 26 miles southwest of Bosaso, a Somalia on the Gulf of Aden.

“U.S. forces will continue to use all authorized and appropriate measures to protect U.S. citizens and to disable terrorist threats,” the command said.

On May 31, another U.S. airstrike killed 12 al-Shabaab terrorists in an area south of Mogadishu, the Somali capital.