You are here: Home / MidEastGulf / Al-Qaeda frees 300 inmates including its leader in Yemen jailbreak 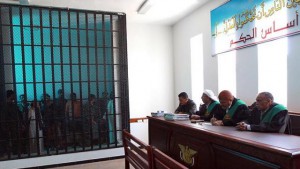 Al-Qaeda militants stormed a prison in south-eastern Yemen on Thursday, freeing several hundred inmates including one of their leaders, a security official said.

Khalid Batarfi, a senior Al-Qaeda figure who had been held for more than four years, was among more than 300 prisoners who escaped from the jail in Hadramawt province, the official told AFP.

Two prison guards and five inmates were killed in clashes, the official said.

Batarfi is among Al-Qaeda in the Arabian Peninsula’s (AQAP) top regional commanders, known for his leading role in a 2011-2012 battle with Yemeni government troops during which extremists seized swathes of territory in the south and east.