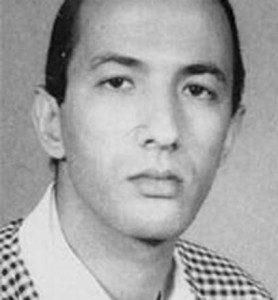 Two days after al Qaeda leader, Ayman al Zawahri, launched an appeal to rally all “Mujaheddin brothers” in the fight against Russia and the West, the commander in chief of the terrorist network sent an envoy to Syria acting as a mediator between the pro al Qaeda al Nusra front and the Islamic State, the director of the jihadi monitoring centre Site, Rita Katz, reported.

The man entrusted with the task is Saif al Adel, the organisation’s number three, and he is allegedly already in Syria.

Al Adel came under the radar in September when he was mentioned as one of the five people freed by Iran to secure an exchange with an Iranian diplomat kidnapped in Yemen, a circumstance Teheran has always denied.

The director of Site added that Adel was the second envoy sent to Syria by Zawahri, as another al Qaeda operative, al Suri, was killed in February in the aftermath of a suicide attack that took place in Aleppo. At the time, his comrades blamed the attack on Isis.

Two days ago the Egyptian doctor leading al Qaeda launched an appeal two all Sunni Muslims calling on them to join hands instead of fighting against each other and rally together against Russia and the West.

This message was delivered only a month and a half after al Zawahri called Isis caliph, al Baghdadi, “an impostor” and claimed the Islamic State, born out of an al Qaida cell, lacked any legitimacy.