You are here: Home / Senza categoria / Al Qaeda could develop capacity to attack US homeland in ‘one to two years,’ intel officials say 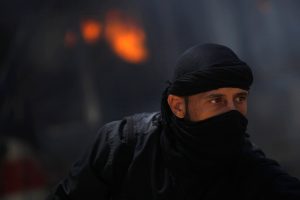 Intelligence officials said that Al Qaeda could become a threat to the U.S. homeland within a year, using Afghanistan as a base once again, like reported by washingtonexaminer.com.

The U.S.-designated terrorist group will likely look to reconstruct itself in Afghanistan , now that the Taliban are back in control and the United States has withdrawn all of its troops.

“The current assessment — probably conservatively — is one to two years for al Qaeda to build some capability to at least threaten the homeland,” said Lt. Gen. Scott Berrier, the director of the Defense Intelligence Agency, on Tuesday at the Intelligence and National Security Summit. Berrier promised that “DIA is not going to take their eye off the ball off of terrorism.”

Deputy CIA Director David Cohen said the difficult question to answer about the “timeline” of the terrorist threat emanating from Afghanistan is when al Qaeda or ISIS-K , the Afghanistan branch of the terror group, will have the capability to strike on American soil.

“I think the one- to two-year timeline sounds about right,” Cohen said. “We are already beginning to see some of the indications of some potential movement of al Qaeda to Afghanistan, but it’s early days, and we will obviously keep a very close eye on that.”

The duo also spoke about the importance of attempting to redevelop in-country means to gather intelligence.

“We’re thinking about ways how to gain access back into Afghanistan with all kinds of sources and accesses,” Berrier said. “So we are prioritizing that effort, we are continuing to prioritize it, but we have to be careful to balance these very scarce resources with this pivot to China and to Russia.”

The revelations come a month after the disastrous U.S. pullout from Afghanistan, which Berrier acknowledged leaves the country at a disadvantage.

“To be sure, our current capability in Afghanistan is not what it was six months ago, or a year ago,” he said. “That, sort of, is inherent in the decision to withdraw troops — and also had an impact on the presence of the agency in Afghanistan.”

The fear of an al Qaeda return in Afghanistan may have materialized days ago when a proof-of-life video featured Ayman al Zawahiri, Osama bin Laden’s deputy who took over the group following bin Laden’s death in 2011.

He referenced the al Qaeda affiliated Tanzim Hurras ad-Din (Guardians of Religion Organization) attack against a Russian military base in Syria at the start of January 2021, showing Zawahiri appeared to be alive at the start of the year.

In addition, Dr. Amin al Haq, bin Laden’s security chief, received a warm welcome upon his return to Afghanistan in August after the fall of Kabul, with a video showing him guarded by a large convoy of armed Taliban fighters.

Director of National Intelligence Avril Haines, who spoke virtually at the Maryland conference, argued the terrorist threat against the U.S. in Afghanistan does not match the challenge posed by terrorists in other countries.

“When we look at terrorism more broadly, what we see from the international terrorism perspective is that the threat has diminished over time,” Haines said. “And in terms of the homeland … we don’t prioritize at the top of the list Afghanistan.”

“What we look at is Yemen and Somalia, Syria and Iraq for ISIS — and that’s where we see the greatest threat,” he said. “And in Afghanistan, we will want to monitor any possible reconstitution of terrorist organizations, and that’s obviously a big focus for us.”