You are here: Home / Senza categoria / Al Qaeda calls on muslims in the West to carry out “lone wolf” attacks 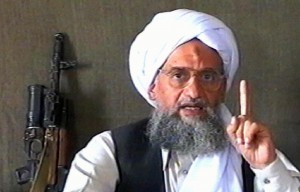 Al Qaeda leader Ayman al-Zawahri called on young Muslim men in the United States and other Western countries to carry out “lone wolf” type attacks against “the countries of the crusader coalition”.

In an audio recording released on Sunday and reported by Reuters, the terrorist leader, who took over after Osama bin Laden four years ago, called on young Muslims in the US and the West to carry out attacks like those of the Boston bombings and Charlie Hebdo shootings.

He urged the jihadists to “focus on moving the war to the heart of the homes and cities of the crusader West and specifically America”.

“I call on all Muslims who can harm the countries of the crusader coalition not to hesitate,” al-Zawahri said in an audio recording.

Despite the fact that he denounced ISIS leader Abu Bakr al-Baghdadi in a previous recording, al-Zawahri called for the two jihadi groups to work together to fight against the Western-led coalition in Iraq and Syria and conduct attacks inside the Western countries.