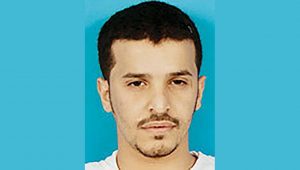 A senior U.S. official confirmed to Fox News after CBS reported the news Monday that al-Asiri was killed in a drone strike in Yemen last year. The report comes after the United Nations released a report last week claiming al-Asiri might have been killed in the latter portion of 2017.

Al-Asiri was responsible for crafting the bomb intended to harm a U.S. airliner on Christmas day in 2009 — the plot was unsuccessful because the man executing it did not properly detonate the device.

In 2010, he also placed explosive devices in printer cartridges that were being shipped to the U.S. The devices went undetected by security in London, but were eventually found following a tip.

It is also suspected that al-Asiri was working a bomb that could be hidden in electronic devices such a laptops or mobile phones, after which Transportation Security Administration issued a temporary ban on these devices for some flights.

“The most significant removal of a terrorist from the battlefield since the killing of bin Ladin,” Morell tweeted. “We are safer because of this US operation.”

“A good chunk of what you have to take out of your bag and what has to be screened is because of Asiri and his capabilities of putting explosives in very difficult to find places,” Morell said.