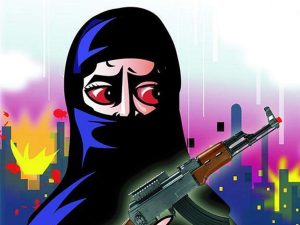 Global extremist militant organization Al-Qaeda in the Arabian Peninsula (AQAP) has appealed to Indian muslims and scholars to unite their efforts and pursue jihad against India to safeguard against what it dubbed as prejudice and genocide, like reported by catchnews.com.

Indian security agencies say the statement by Al-Qaeda’s Middle East faction reveals an abnormal synergy between the global jihadist outfit and Pakistan’s Inter Services Intelligence (ISI) in setting up a narrative that blames New Delhi of discrimination against minorities.

The statement by the militant organization focus attention on the Citizenship Amendment Act that accelerates the process of granting Indian citizenship to undocumented migrants from six minority religious communities in Pakistan, Afghanistan and Bangladesh. The law was passed in December last year.

A senior official in the security agency stated that the allusion to the citizenship act was only the gateway for the global terror group to give support to the Pakistan deep state’s shrill social media operation to negatively affect India’s relations with the Gulf nations and infuriate Indian muslims.

“We have been tracking the social media campaign right from the start and have identified the 2,794 Twitter handles that have played the most active role to carry out this information warfare. We have been able to trace every hashtag that has been created to target India or the government over the rights of muslims and every one of them took us to an account in Pakistan,” the official said.

Some well-meaning people in India also get taken in by this crusade, just like some people in the Gulf without understanding the main reason, he added.

The official in intelligence stated that complicity of the Al-Qaeda in Arabian Peninsula in the ISI effort could be evidence of an effort to shape global jihad into the narrative that Pakistan PM Imran Khan constantly tried to build all of previous year before the ISI took charge of the task.