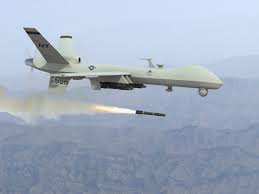 Al Qaeda in Yemen has announced that its ideological leader in the Arabian Peninsula has been killed in a drone strike, allegedly by the United States, wrote ABC.

In a statement published online, Al Qaeda in the Arabian Peninsula (AQAP) said Ibrahim al-Rubaish, a Saudi Arabian, was killed with several other militants.

They were targeted in their vehicle in a province in Yemen’s south-east.

Al-Rubaish was released from the Guantanamo Bay prison camp in 2006.

AQAP has staged suicide bombings against the now-dominant Houthi militants, posing yet another threat to Yemen’s stability.

Observers have warned that the Yemen-based AQAP, classified by the US as the network’s deadliest franchise, could exploit the Houthi-led unrest to strengthen its presence in the country.

The US has poured aid and personnel into the country in recent years as part of its war on Islamist militants, but its military teams evacuated last month amid a worsening civil war.

It occasionally announces the death of terrorist fugitives in drone attacks, but has said nothing so far about al-Rubaish.

Meanwhile, the United Nations Security Council imposed an arms embargo on Tuesday targeting the Houthi rebels, who now control most of Yemen, as battles in the south of the country intensified.

The UN resolution also demanded the Houthis stop fighting and withdraw from areas they have seized, including the capital Sana’a.