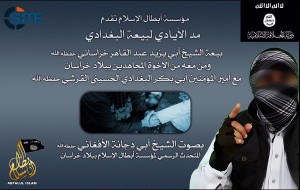 The emergence of the Islamic State’s (IS) local affiliate in Afghanistan and Pakistan, called the Khurasan Shura, has put the Taliban leadership in a bind. The jihadist landscape in the two countries has become a highly contested domain with the advent of the Khurasan Shura. The pro-IS allegiances and defections are at the heart of this evolving competition. The trend seems to be growing as more and more militants, particularly from among the younger generation, have demonstrated pro-IS inclinations.

At present, the Af-Pak militant landscape is undergoing an operational and ideological transformation as different militant outfits make strategic and tactical positional adjustments to these shifting sands. In September 2014, al Qaeda launched its South Asian branch to retain the loyalties of militant groups in the region. However, in these eight months, the wing has been fairly subdued, to say nothing of its attempts or capacity to carry out attacks.

The Afghan Taliban’s fading grip to the IS’s ideological permeation compelled it to mobilise a special unit entitled “recruitment commission” to reach out to militant factions, which have defected to the IS. At the same time, questions have been asked about Mullah Omar’s whereabouts, life status and the ability to manage the group. In response, the Afghan Taliban issued Omar’s biography to mitigate these rumours. However, the move backfired. The younger militant generation refused to believe the authenticity of the written biography. It objected on the grounds that periodically, al Qaeda chief Ayman al-Zawahiri and IS leader Abu Bakr al Baghdadi have appeared in videos, so Mullah Omar should do the same.

At present, the Afghan Taliban leadership is divided over the issue of peace talks with the Afghan government. While the senior leadership strives for a political settlement with Kabul, the younger generation, which comprises field commanders and fighters, are fiercely opposed to the idea. The fresh generation of the Afghan Taliban believes that after 13 years of fighting, a political compromise would be tantamount to wasting their sacrifices and constitutes, essentially, a blatant disregard for those who had laid down their lives. In the circumstances, any pursuit of a political settlement by senior leaders will trigger fractionalisation within Taliban ranks. Those who want to continue fighting for ideological or war-profiteering reasons will defect to the IS. This presents a unique and unprecedented challenge for the Afghan Taliban.

Apparently, aqeedah (doctrines of faith) and bay’ah (oath of fealty to the Afghan Taliban) had been the two major hurdles in the way of the younger militant generation that looked up to the IS, which follows an extreme interpretation of faith while the Afghan Taliban follow a different strain of religious ideology. Within the militant community, reneging on one’s allegiance is considered illegitimate enough to invite religious censure in the form of a death penalty. But the 13-year-long public absence of Mullah Omar and the success of the IS model has provided the younger generation of militants with a new religious rationalisation. For instance, before joining the IS, the spokesman for the Islamic Movement of Uzbekistan issued a statement which maintained: “Mullah Omar has not been seen for some 13 years and he can no longer be the leader in accordance with religious law.”

Additionally, the Afghan Taliban’s approach of limiting their agenda to Afghanistan has also disillusioned younger militants. In their eyes, the Taliban are a mere political grouping which instrumentalises jihad as a religious cover to restore their government which was toppled by the US in 2001. If the IS can sustain the momentum of its success in Syria and Iraq, there are chances that its appeal may further grow in our region. This will make it difficult for the Afghan Taliban to retain their support in the region. At the same time, the downplaying of the IS threat by the governments in Afghanistan and Pakistan is fraught with dangers. Left unchecked, the pro-IS defections can develop to play a very dangerous role in the future. The regional governments must take note of all these developments.