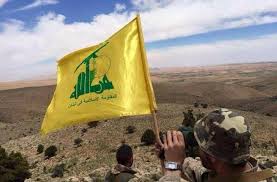 Several members of al-Nusra Front were killed on Thursday in shelling as they attempted to infiltrate Lebanon, reported al-Manar television.

It said that Hezbollah fighters shelled the movements of the gunmen as they tried to infiltrate the outskirts of al-Qaa, leaving several dead.

On Wednesday, Hezbollah killed a Nusra Front commander and eight of his men in an attack on their convoy along the Lebanese-Syrian border.

Al-Manar television said the convoy of al-Qaeda affiliated Nusra Front fighters had been traveling on the outskirts of the restive Lebanese border town of Arsal when Hezbollah struck.

The clashes come just days after Nusra Front freed 16 Lebanese soldiers and police it captured more than a year ago from the northeastern border town of Arsal.

The swap deal partially ended a long-running hostage crisis, but nine other servicemen taken prisoner at the same time are still held by Daesh.

Arsal lies along Lebanon’s border with Syria and it hosts many Syrian refugees as well as rebel fighters in the surrounding countryside.