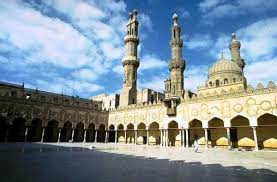 Egypt strongly condemned a Thursday terrorist attack in Lebanon that was claimed by the Islamic State (IS) group that resulted in the deaths of 43 people, with 240 wounded, according to a statement by the Foreign Ministry.

The statement assured “Egypt is standing by brotherly state, government and people in this critical circumstance.”

Another statement was released by Islamic institute Al-Azhar denouncing the explosion, which took place in the Borj al-Barajneh residential district in Beirut’s southern suburbs.

The Al-Azhar called on Lebanese parties to “lineup in the face of conspiracies targeting the unity of their land.”

The IS claimed Thursday responsibility of two suicide bomb blasts targeted the suburb, which is a stronghold of the Shi’ite Muslim group Hezbollah.