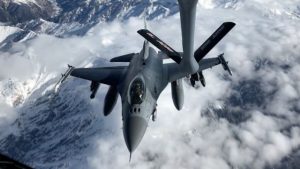 At least 82 militants have been confirmed dead as warplanes pounded Taliban hideouts and positions in Afghanistan’s Kandahar province, the former stronghold of the militant group, a top police official said on Sunday, like reported by canindia.com.

The sorties began on Saturday night in parts of the restive Arghandab district, Xinhua news agency quoted the provincial police spokesman as saying.

Besides killing 82 armed insurgents including Taliban’s key commander Sarhadi, two tanks and several vehicles of the insurgents have also been destroyed, the spokesman said.

Without hinting at possible casualties of the security personnel, he said the clean-up operations backed by warplanes were still continuing in parts of the troubled district.

Taliban militants who are active in parts of Kandahar province are yet to comment on the airstrikes.