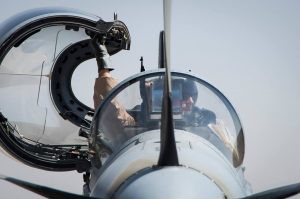 Two terrorists belonging to the Haqqani terrorist network the Al-Qaeda network were killed in separate airstrikes in southeastern Ghazni province of Afghanistan.

The Ministry of Defense (MoD) said two terrorists belonging to Quetta council, normally referred to Taliban and Haqqani networks’ leadership councils, were also among those killed.

No further details were given if the airstrikes were carried out by the Aghan Air Force or the US forces based in Afghanistan.

MoD further added that the militats belonging to Haqqani network, Al-Qaeda network, and the Quetta Council were among 13 killed during the operations.

According to MoD, the Al-Qaeda terrorist network member killed in the airstrikes has been identified as Haroon.

The anti-government armed militant groups have not commented regarding the reports so far.

Both the Afghan forces and the US forces in Afghanistan are conducting regular raids against the Taliban insurgents and ISIS loyalist in the districts where they are conducting insurgency activities.

The US forces increased airstrikes against the Taliban insurgents and ISIS loyalists earlier this year after the Obama administration granted a broader role to the American forces.