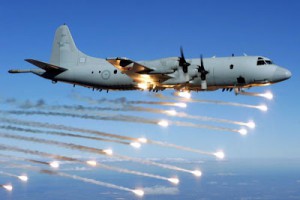 The terrorists of Daesh (known as ISIS) would have new and fatal technologies for the production of arms able to shoot down civil airplanes, according to the British “Sky news” tv channel reports.

With precision according to it, they have succeeded to reactivate and to modify the thermal batteries for a considerable number of ground-air missiles, many of them coming from the arsenals of Mu’ammar Gheddafi (almost surely part of that great number of munitions, missiles among them, missing following to the kill of the Libyan dictator).

Thanks to this transformation it will be possible for the jihadists to produce missile warhead with thermal detection systems. To arouse concern it is the fact that many of these armaments of which terrorists have “Repaired” or “Innovated” some parts, were evaluated obsolete by the western Countries, that for their old age have considered them unable to shoot down a military modern jet equipped of technological countermeasures as “Flare”, a defence mean used mainly on the military aircraft (but also on the naval and terrestrial means) to cheat the optic sensors at infrared guide of the missiles.

To not be considered all airliners without protection, vulnerable mainly in the taking-off phase, when the thermal emission is at its maximum. These rockets, if arrived in Europe, could without difficulty to become a serious threat in any airport.

All these information have been unveiled by the English program thanks to an “Instruction” video found in a usb flash drive in possession of an Islamic integralist who was passing the Syrian border. Probably one of those “Foreign fighters”, sons of the Daesh proselytism.