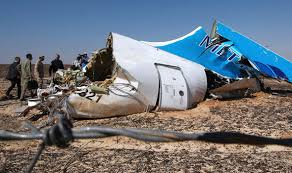 If an ISIS bomb brought down a Russian jetliner, it will “change everything” in the Middle East as well as the West, intelligence and political analysts told the Tribune-Review.

The disaster, and the possibility it was a terror attack, have damaged Egypt’s tourism-dependent economy and its diplomatic relations with two key allies: the United States and Britain.

All of that fits the goals of the Islamic State in Iraq and Syria — to destabilize Arab regimes, unbalance Western nations and, ultimately, drive the West from the Arab world.

Yet the real impact of ISIS graduating from ground offensives and car bombs to sophisticated attacks in the air would be the rise in its high appeal for would-be jihadis around the world. Furthermore, the analysts say, it would elevate the global Islamist threat to a level not seen since al-Qaida’s 2001 attacks in the United States.

ISIS immediately claimed credit for the Oct. 31 crash that killed 224 passengers and crew shortly after takeoff from Sharm el-Sheikh, a popular resort in Egypt’s southern Sinai.

Russian and Egyptian investigators have not determined why the plane disintegrated in midair, but American, British and French officials say a bomb is the likely cause. French authorities said Friday that an explosion could be heard on the jetliner’s cockpit voice recorder.

“Now we are talking about (ISIS) being able to pull off an attack that, until now, only al-Qaida was able to pull off,” said Olivier Guitta, managing director of GlobalStrat, a British security and political risk-assessment firm.

“This is totally different, and this changes everything in the threat they represent to the West.”

Egyptian officials have discounted terrorism as a cause and challenged Western speculation, asking why intelligence warnings hinted at by American and British officials were not shared.

The head of Egypt’s investigation into the Russian MetroJet crash said Saturday that identifying the cause would be premature as his team is still collecting data.

Investigators have seen media reports favoring “a certain scenario” but were “not provided with any information or evidence” by foreign governments, Ayman al Muqaddam said during a news conference.

Much is at risk for Egypt: Tourism dollars, crucial to the economy, were just returning, having evaporated amid the instability that accompanied the nation’s 2011 revolution.

“For a country that depends on tourism to such an extent, obviously this is going to be devastating,” said Issandr al Amrani, North African director of the International Crisis Group, headquartered in Brussels.

Many Egyptians complain that they are learning more from foreign media reports than their officials — yet another unwelcome public relations problem for Egypt’s government.

“The Egyptians really need to … start controlling the narrative, at least to say what they have learned so far from the (plane’s) black boxes, ” Amrani said. “At the very least, maybe they are not ready to say it is a bomb, but say ‘That is one possibility and we are looking into it.’

“They have been terrible on the information flow.”