You are here: Home / Analysis / After Taliban, will Al-Shabab negotiate? 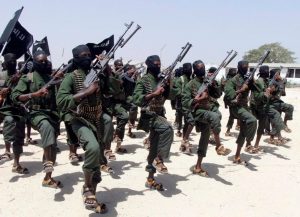 The Taliban and the United States have reached an unlikely agreement which will allow some U.S. troops to leave Afghanistan, and pave the way for a dialogue with the Afghan government for what could be a historic process to solve the country’s long-running conflict, like reported by voanews.com.

In Somalia, some observers wonder: Could this be a model for ending wars waged by jihadist groups like al-Shabab’s battle for a strict Islamist state? Would al-Shabab even be willing to negotiate?

Al-Shabab supports the Taliban and calls its leader the “Amir al-Mu’minin” (Leader of the Faithful). But experts are split on whether the group will follow the Taliban’s example and open talks with the African Union, which has troops in Somalia, and AU forces’ host, the Somali government.

A leading Salafi scholar who tried to mediate talks between al-Shabab and the Somali government in 2009 says the group is now more extreme than ever before and is unlikely to accept a negotiated settlement.

“No, I don’t expect it,” said Sheikh Ali Warsame, when asked whether al-Shabab will be open to negotiation.

Warsame is not just any negotiator. He is the co-founder and first leader of the now-defunct al-Itihad al-Islam, a Salafi organization that produced many al-Shabab leaders, including the group’s current emir, Ahmed Diriye, also known as Abu Ubaidah.

Warsame told VOA Somali that during his negotiations, the impasse came from two sticking points, one ideological and one political. On the ideological front, many of the group’s leaders were not willing to step back from the Takfir ideology, which drives the group to label everyone in the government and its supporters as having abandoned Islam.

“I don’t think it’s even possible from them. They see all in the government as apostates. It’s not possible,” Warsame said.

On the political front, al-Shabab refused to negotiate unless AU troops leave the country. Warsame and other negotiators rejected this.

“To demand withdrawal of troops before the government stood on its feet was like saying, ‘Let me conquer you,’” said Warsame, who believes al-Shabab is even more hard-line today.

Other scholars argue that the group can be convinced to negotiate.

Afyare Elmi, an associate professor of security studies at Qatar University, believes negotiations with al-Shabab are still possible, despite a missed opportunity in 2009.

“In principle, it’s inevitable to negotiate with al-Shabab,” he said. “The only other option is to defeat them.”

Elmi believes the group accommodates elements with different opinions, and says he does not think all of them have the same ideological position.

“First of all, putting all of al-Shabab into one category and say this is what they all believe, I think they are not all on the same opinion,” he said. “There are many people who do not have that opinion [seeing government supporters as apostates]. Those would be empowered, debated and engaged through dialogue.”

“This is a transnational organization which is a branch of al-Qaida, which wants to solve a global issue,” said Salad, chairman of the Somali Ulema Council. “It’s questionable whether the situation is in their hands because they are directed from outside. The leader of al-Qaida makes the decisions. This is not a Somali issue.”

Other experts believe dialogue can only be one part of a multifaceted approach to solving the challenges jihadism presents to Somalia.

Ibrahim Aden Nadara, a former al-Shabab regional education chief, defected four years ago. Since then, he moved quickly into politics and was a member of the electoral commission for the Jubbaland region last year. He says scenarios that could have forced al-Shabab to negotiate are missing.“

What compels one to negotiate is either reduction in finances, weakness in strength or to realize that it cannot achieve its goals through the barrel,” he said. “These three scenarios don’t apply to them — they are carrying out attacks. They still control areas, and maybe they are amassing more finances than before.”

Al-Shabab has never called for a cease-fire in its entire history. The group also seems to be extremely suspicious about having a dialogue. Only once, in January 2018, did it publicly comment about its position on dialogue. At that time, spokesman Ali Mohamud Dhere said dialogue is “more dangerous than the weapons of mass destruction.”

“We heard from the infidels and apostates repeatedly stating that they are open to talks with the mujahedeen,” he said. “This is how the infidels use dialogue, as an approach to misguide the Muslims and destroy Muslim causes.”

He said the aim was to divide (the Mujahedeen) into groups, “so that they can support the group they see as moderates.”