You are here: Home / Europe / After Mosul: the Islamic terrorist threat in Europe

Despite the Islamic State’s repeated territorial losses in Syria and Iraq, the Sunni extremist group will continue to constitute a major terrorist threat in Western Europe in the foreseeable future, like reported by globalriskinsights.com 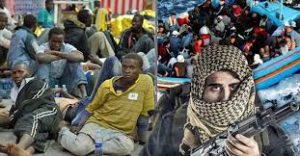 In July 2017, the Iraqi government supported by militias and its international partners retook control of Mosul and dealt a substantial blow to the Islamic State. The battle of Mosul lasted for more than nine months and resulted in the defeat of the Sunni extremist group. The self-proclaimed caliphate lost an urban centre key for its state-building ambitions and its propaganda. In parallel to its defeat in Mosul, the Islamic State is in the process of gradually losing control of Raqqa after having been pushed away from the Palmyra region by a Syrian and Russian offensive in March 2017.

With this string of territorial losses and major military defeats, it is likely that the Islamic State fighting strength will substantially diminish in Syria and Iraq through the end of 2017. The organisation lost several key leaders, a large number of its fighters as well as major revenue channels. However, the group will continue to maintain the capacity to generate an elevated terrorist threat in Western Europe. It is almost certain that the remaining leadership of the Islamic State, along with its supporters located in Europe, will press those sympathetic with the group’s ideology to conduct attacks in a bid to score propaganda victories.

Europe at the heart of the Islamic State strategy

Western Europe is highly likely to remain a strategic battleground for the Islamic State. The group has repeatedly stated its intention of creating a situation of insecurity and instability in Europe by conducting a large volume of attacks that would result in political and social tensions. As the organisation re-adjusts after its losses in Syria and Iraq, there is a realistic possibility that it will try to maintain a dynamic fighting presence in the Middle East. It will also devote substantial efforts to turn its communication and propaganda tools almost exclusively toward exterior operations. This will result in more intense attempts to recruit militants sympathetic with the group’s ideology in Europe. Intelligence agencies have repeatedly warned of the Islamic State’s intention to conduct a high volume of attacks that may involve the usage of car-bombs, improvised explosive devices, stabbings, shootings and car-rammings. Even if these attacks may fail, be thwarted in their final stages or cause only a limited number of fatalities they would in contribute in maintaining the group’s activities in Europe and force local governments to implement strict security measures. In turn, Islamic State militants hope to spur social tensions and force a relative marginalisation of the local Muslim communities increasing the group’s recruiting capabilities.

The threat posed by European fighters

In addition to the Islamic State will to coordinate attacks in Europe and expand its recruitment and propaganda capabilities directed to the region, the number of Islamic State-linked militants with a European citizenship generates an elevated security concern. According to data released by the Turkish Ministry of Interior in July, 772 European citizens are detained in Turkey due to their pro-Islamic State activities. Of those, 252 are French, 133 are German and 106 are from the United Kingdom. As these suspects will gradually be transferred back to their home countries, they will generate a major risk due to their propaganda value as well as their potential for recruiting additional militants. In late July, Interpol also issued a warning pertaining to the Islamic State will to infiltrate 173 fighters to Europe. These are believed to have been specifically trained to conduct suicide attacks in the region. As the organisation loses territory in Syria and Iraq it will almost certainly view its foreign fighters as a growing asset to be used to continue its global terrorist campaign.

An expanding and virtual ideology

While the Islamic State has been on the retreat and losing territory, the group has successfully crafted a message and designed an ideology that is likely to survive its territorial losses. According to information released by the French and Belgiangovernments, the volume of persons supporting Sunni extremist ideas has been on the rise and as such, virtual messages released by Islamic State supporters are highly likely to continue to find a sympathetic audience in the coming years. This will potentially lead to the creation of local small and dynamic cells with loose transnational ties that may plot single-assailant or crude attacks. As demonstrated by the recent terrorist incidents in Paris, Manchester, Stockholm and London, such operations may pass under the radar of police and intelligence services and succeed in providing the Islamic State with propaganda victories. The organisation is likely to shape its message to cater to its francophone and British supporters as well as develop new channels by focusing on German speaking countries and the Scandinavian region.

Given the Islamic State continuous will to target Europe and the group’s ability to adapt to military setbacks by adopting a more dynamic structure, counter-terrorist measures will almost certainly remain a key political issue for European governments. As such, debates pertaining to the implementation of new surveillance and prevention laws will continue to spark political tensions and result in potential rifts within the local public opinions.