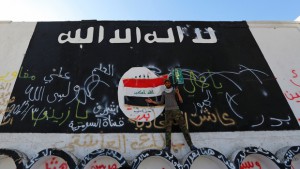 A Mumbai-based journalist who expressed his desire to join Islamic State of Iraq and the Syria (ISIS) on social was nabbed by the Delhi police on Friday.

Previously, a Mumbai journalist had launched a probe to arrest the scribe Zuber Ahmed Khan after a man saw his post on Facebook and informed them a few days back.

Ahmed Khan, he had reportedly sympathised Yakub Memon’s death and stated that he would “submit my memorandum to Caliphate Bagdadi” and declared his “desire to join the Islamic State as a spokesperson for foreign affairs or a government journalist.” He is even willing to surrender his Indian Passport.

He was further giving details of his actions saying that he would take Rajdhani Express to reach Delhi to request Pakistan Embassy to expedite his visa request.

In his blog he wrote “I am fighting for the rights of Muslims using my own money. I will be the voice of Muslims and place the true picture of Muslims before society… the IS does not betray those who help it on the basis of religion.”

The Mumbai police even questioned his wife while scrutinising his posts on his Facebook timeline.

Just a few days ago, it was discovered that a Kerala journalist working for was a right-wing muslim paper had joined ISIS.