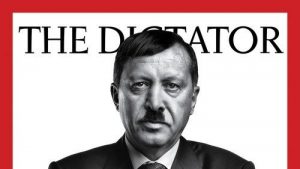 The Turkish military says it has surrounded the Kurdish-held city of Afrin in northern Syria, the focus of an offensive against a Kurdish militia, like reported by bbc.com.

Kurdish sources said all roads into Afrin were being targeted by shellfire, but denied that it was encircled.

Hundreds of civilians reportedly fled the city to nearby areas controlled by the Syrian government on Monday.

The Turkish operation aimed at driving the Kurdish People’s Protection Units (YPG) militia out of Afrin began on 20 January.

The Turkish government says the YPG is an extension of the banned Kurdistan Workers’ Party (PKK), which has fought for Kurdish autonomy in south-eastern Turkey for three decades, and considers it a terrorist group.

The YPG denies any direct organisational links to the PKK – an assertion backed by the US, which has provided the militia and allied Arab fighters with weapons and air support to help them battle the jihadist group Islamic State (IS).

Turkey says 3,393 “terrorists” have been “neutralised” – a term it says means they have surrendered, been captured or been killed – since the Afrin offensive began.

The Kurdish Red Crescent says more than 230 civilians, including 35 children, have also been killed and 688 civilians wounded. However, Turkish commanders deny targeting civilians or civilian infrastructure.