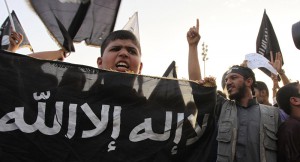 Abu Bakr al-Baghdadi, the leader of the Daesh group (ISIL/ISIS) has reportedly moved from Turkey to Libya, having chosen the group’s North African stronghold Sirte, the hometown of the late Libyan leader Muammar Gaddafi, as his new residence, according to the Iranian news agency FARS.

The self-proclaimed Caliph hopes to escape the manhunt launched by the Baghdad Intelligence Sharing Center after being tracked down and allegedly targeted a number of times in Iraq and Syria.

The news agency says that the leader of Daesh was reportedly undergoing treatment in Turkey after his convoy was bombed in October by Iraq’s air force  in Western Anbar province and al-Baghdadi sustained severe injuries.

The Baghdad Intelligence Sharing Center took down 25 Daesh militants in its October operation, however, their leader was taken away from the scene by his forces.

“The terrorist leader was first transferred to Raqqa, where surgeons saved his life but failed to give him thorough treatment due to a lack of specialized medical equipment,” the news agency says.

Sources disclosed a few days later that al-Baghdadi had allegedly been taken to Turkey for further treatment.

“While everyone is looking for him in Iraq and Syria, no one expects him to be in Sirte,” the news agency quotes its Libyan source as saying, adding: “If he is to be exposed to danger, Sirte would be the last place on Earth for his life to be endangered as it is the safest Takfiri (Daesh) stronghold in the world.”