You are here: Home / Africa / African leaders to vote on Burundi force 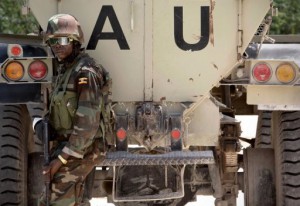 African leaders face an unprecedented vote on deploying a 5,000-strong peacekeeping force to troubled Burundi despite the country’s vehement opposition when they meet for their annual summit this week.

While the official theme of the African Union meeting is human rights, leaders from the 54-member bloc will once again be beset by a string of crises across the continent when they meet at AU headquarters in the Ethiopian capital on Saturday and Sunday.

The summit will also see the election of a new annual AU chairman to replace Zimbabwe’s President Robert Mugabe in the ceremonial role, while discussions on the sidelines are expected to include stalled talks to end war and forge a unity government in South Sudan.

“This summit could and should be historic: it will be the first time that heads of state will vote on the deployment of an AU-led peacekeeping force to a country that has not agreed to its deployment,” said Stephanie Wolters of the Institute for Security Studies (ISS) think tank.

A two-thirds majority will be required to send the force, the African Prevention and Protection Mission in Burundi, MAPROBU, although it remains unclear who would be willing to contribute troops to a mission Burundi has branded an “invasion force”.

However, the AU charter’s Article 4h gives the pan-African bloc the right to intervene in a fellow nation state “in respect of grave circumstances, namely: war crimes, genocide and crimes against humanity.”

Street protests, a failed coup and now a simmering rebellion began when Burundi’s President Pierre Nkurunziza announced his intention to run for a controversial third term, which he went on to win in July elections.

Nkurunziza, who has not said if he will attend the summit, called last month on Burundians to “stand up to fight” if AU troops set foot in the country without permission.

But he also told UN envoys last week he guaranteed “there will not be a genocide” and insisted Burundi is “99 percent secure”.

African leaders are also expected to decide whether to scrap a Ugandan-led mediation effort that has yielded just one meeting between the government and the opposition in December. Possible UN-led mediation may be an alternative.

AU Peace and Security Council chief Smail Chergui, speaking last week after meetings with UN Security Council ambassadors, said it was crucial the international community “remain united on Burundi”, which has been gripped by violence since April.

But with Nkurunziza unmoved by AU and UN appeals, there have already been moves to water down the proposed military force to that of an observer mission.

“In addition to Burundi’s lobbying efforts, many heads of states will be reluctant to set a precedent of AU troop deployment in a country that clearly rejects it,” said Yolande Bouka, also from ISS.

There are currently only a handful of AU observers in Burundi, and talks with the government on allowing dozens more have already run into difficulties.

AU leaders “must understand the urgency of the situation,” said Matthew Rycroft, the British ambassador to the UN, warning that “there isn’t a real dialogue” between the rival sides.

The two-day summit, the first since leaders last met in Johannesburg in June 2015, will also aim to tackle conflicts across the continent, including the devastating two-year war in South Sudan that grinds on despite an August peace deal.

Islamist insurgencies in Mali and Nigeria, violence and political instability in Libya and the formation of a new government in Central African Republic (CAR) will be central issues.

Diplomatic sources suggest Chadian President Idriss Deby could be nominated for the one-year presidency which rotates between different regions of the continent, with this year being Central Africa’s turn.

In addition, all 15 members of the AU’s Peace and Security Council (PSC) will be elected to the key body that drives AU decisions including military action, sanctions and peacekeeping forces.

AU Commission chairwoman Nkosazana Dlamini-Zuma faces reelection in July, but debate has already begun as to whether she will choose to run again or instead seek political office back home in South Africa.

Some diplomats have Algerian foreign minister and former AU Peace and Security Council chief Ramtane Lamamra as frontrunner to replace her.