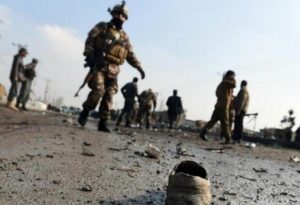 An explosion in southern Kandahar province killed or wounded at least ten civilians inducing women and children, the local authorities said according to khaama.com.

The source further added that the incident took place in Panjwai district of Kandahar earlier today after a roadside bomb ripped through a civilian vehicle.

The explosion also wounded at least six civilians including many women and children, the source said.

According to the official, women and children are also among those killed in the blast. No individual or group including Taliban has so far claimed responsibility for the incident.

Taliban militants often use improvised explosive devices as roadside bombs to target the security forces but majority of such attacks inflict casualties on ordinary civilians.