You are here: Home / West Asia / Afghanistan, whether Daesh is a pseudonym? 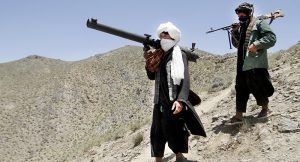 The story of Daesh is probably among those stories about which different narrations have been forged and it makes practically difficult the realization of events that take place under the name of this group, like reported by thekabultimes.gov.af.
If we focus slightly on opinions expressed by the government authorities on this faction, we would notice that there is no clear definition in pro-government close circles on this group and knowhow of its presence in Afghanistan. Parts of suicide attacks and explosions that have taken huge victims from our innocent muslim people, have been attributed to ISIS at a time that there are plenty of signs for existence of doubts and suspicions on reality of the issue.
Here we can mention a very clear and frank example on this issue, attack on protestors of Roshnayee Movement on 2nd of Asad last year. In connection with this attack, only the leaders of RM were not who had called the NSC as a pseudonym for ISIS. Results of investigation and government report on this attack and quality of its occurrence were strongly contradictory and controversial.
Efforts were made to forget that incident and deviate public opinion from the results of the investigations that the government had promised to people. It was one of the prominent points for confusing of the incident and exciting people doubt about it. But with the incident of Asad second, this was not the end of the serial. Attacks attributed to ISIS were increased extensively. It was undeniable start of attacks that put the name of ISIS beside the Taliban as the factor behind terrorist incidents.
It may be interesting to see that apparently these two groups have differences on numerous cases. Taliban have condemned a number of Daesh attacks while sometimes, ISIS criticized the Taliban actions. Nevertheless, none of those points could be clearly realized as its main reasons are in the basic doubts and suspicions in essence of Daesh presence in Afghanistan. Majority of security, political experts of the country believe that nothing in the name of ISIS exists in Afghanistan.
Whatever it is, they are Taliban.
Illegal efforts of other circles for amendment of Taliban name for covering of their terrorists activities among people and at the conclusion paving the way for accepting of Taliban as a merely political anti-government group that have gave up terrorists activities and operations. Namely attacks are carried out by Taliban but ISIS is blamed for them so to put the name of Taliban in a position that is not only not involved in terrorists activities but also condemns terrorists attacks of ISIS too. All these efforts and attempts are called purification of Taliban from the sins that either committed in the past by this group or at present they are involved in it.
Amid this situation, some news and reports on Mirza Olang incident in the last days and weeks had claimed that it was a joint action of ISIS and Taliban. No doubt such reports could increase ambiguity and confusion of the incident. The recent security changes and speculations and the north of the country in the last two or three years and speculations and divers opinions on this issue are another point that distinguish presence and out breaking of ISIS and Talib in the north. This issue completely showed itself in Mirza Olang case.
Taliban condemned Friday attack of ISIS on a Shiiat mosque north of the capital and called its goal, dividing.