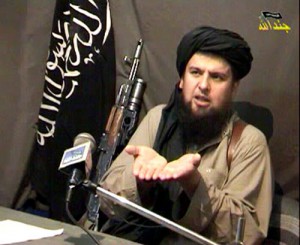 A group of Uzbek militants, as reported by Tolonews.com, claiming to be the members of Islamic Movement of Uzbekistan (IMU) militant group have allegedly sworn allegiance to Islamic State extremists in Afghanistan.

They have released a video purportedly showing the beheading of an Afghan soldier in retaliation to detention of a number of female IMU supporters by the Afghan security forces in northern Faryab.

Sadullah Urgeni, shown in the video as the commander of Uzbek militants in Afghanistan, have called Abu Bakr al-Baghdadi, leader of Islamic State in Iraq and Syria, as their new leader instead of Taliban’s supreme leader Mullah Omar who the IMU militants believe can no longer be the leader according to Sharia as he has not been seen for about 13 years.

Urgeni has reportedly said in the video that in retaliation to arrest of female IMU supporters, they have taken 30 Afghan soldiers captive, which they warned to behead if the Afghan government didn’t meet their demand.

The Afghan government officials, however, are yet to comment in this regard.

The IMU militants are said to be operating in the some unsafe areas in northern Afghanistan.